Unfamiliar with this week's tune? Hear it here.
1) In this song, Beyonce admits her feelings for a man she doesn't want to love. Do you believe we can choose who we love? Or does the heart go its own way? I'm not 100% in either camp, but I lean toward the latter.
2) In the video for this song, Beyonce plays with a red rose. Florists report that the most popular colors of roses are: red, white or ivory, yellow, pink, peach or orange, and lavender or purple. Do you have a favorite? I admit it: I'm not crazy about roses. They cost too much and don't last very long. What's sadder to see in a vase than a dying rose? Now that I'm over my rant, I'll go with red or white. 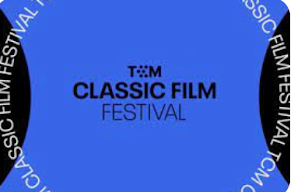 3) The video was filmed in Malibu. Southern California is a popular vacation destination. Have you ever visited there? Have you ever lived there? I've been there on vacation at least four times and will be back this April for the TCM Classic Film Festival.
4) When Beyonce was just 12, she appeared on the show Star Search as part of a vocal group called Girls Tyme. The girls lost, but Beyonce said the experience taught her that she wanted to be a performer for the rest of her life. Share a memory from your own junior high years. I remember my posse, four of us who went everywhere together while we were in 7th and 8th grade. It was my first taste of freedom. I could go to Jack-in-the-Box (within walking distance) if I paid for it myself and I went with them. One of our moms would drive us to the movies and drop us off (instead of coming in with us). I especially remember the annual fun fair, a fundraiser for the nearby Catholic church where we bought little round pins to wear on our denim jackets. I'm still in touch with one of the girls. I refer to her on this blog as my oldest friend (because she is!).
5) As a girl, she helped her hairstylist mom by sweeping hair at the salon. Do you have a hair appointment coming up? Yes. Saturday I will be cut and colored. I guess my hair is kinda my thing. Last week, one of my young neighbors was riding in the elevator with me while talking to her mom on the phone. Her mom asked who she was talking to and she responded with my first name, which didn't seem to ring any bells. My young neighbor elaborated: "You know her! The white lady with the highlights and all the Cubs shirts!" There are worse ways to describe me. I'll take it.
6) In 2009, when this song was popular, Facebook founder Mark Zuckerberg unsuccessfully tried to buy Twitter. Elon Musk acquired Twitter last month. What social media sites do you spend the most time on? Facebook and Twitter. I try to limit my Twitter exposure to baseball news. Everyone else seems to have forgotten their manners since Mr. Musk took over. I'm also not excited by the scantily-clad women who suddenly have appeared on my feed. I guess Elon has to make money somehow since more conventional advertisers are jumping ship. Oh well, I can scroll past what I don't like. I predict Musk will soon either blow it up or sell it.
7) Also in 2009, Sony sold floppy disks at most retailers. But things change fast in the world of tech and by 2011, Sony quit producing floppy disks altogether. Floppies were replaced by flash drives, which have been replaced by cloud storage services ... Do you still have any floppy disks? I may. I'm such a pack rat, I don't really know what all this overstuffed apartment contains.
8) In 2009, Michael Jackson died. Do you have a favorite Michael Jackson song? Man in the Mirror.

9) Random question -- We're having a Saturday 9 potluck lunch! What will you bring? Fruit salad. No one else seems to bring it, and it's easy.