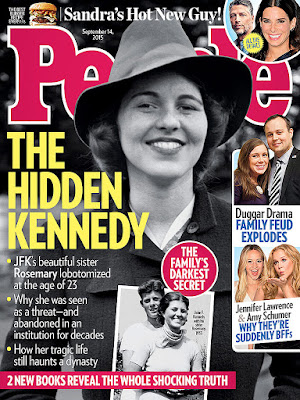 The last thing I felt guilty about ...

How enthusiastically I tore into this issue of People. For if the term, "rest in peace" means anything, it should apply to poor Rosemary Kennedy. Yet Kennedys still sell, and I'm a dedicated Kennedy consumer. So I consumed. At least I'm a subscriber, so I didn't contribute to incremental sales. 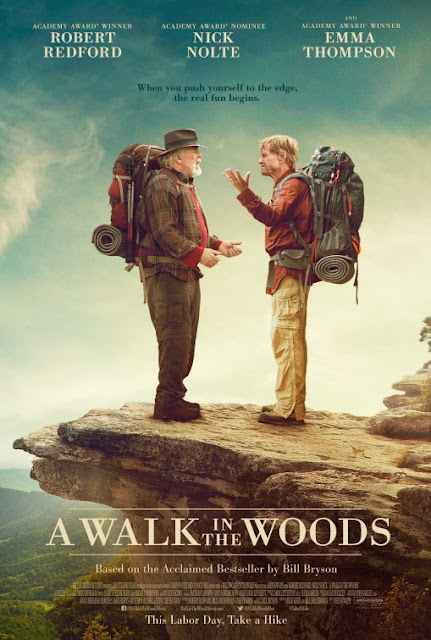 Good News: I saw A Walk in the Woods and not only enjoyed it, I was pleased to see the theater was full. According to box office reports, it's a hit. It's a quiet movie and, like Redford's best films, it's light but also has a message. I'm happy to see there's an audience for this kind of film. I enjoy car chases and explosions as much as the next moviegoer, but diversity is important in any pop culture diet. 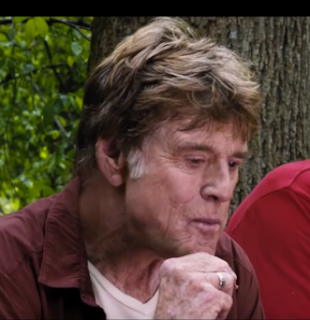 Bad News: I knew going in that Redford is now 78 years old. I was happy that he finally got to make this movie, as I'd been reading for years that he related so to the character of Bill Bryson and had dreamed of Paul Newman playing Katz. Newman was interested but at first, their schedules didn't allow. Then Newman's health began to fail. So it was lovely to see the realization of his dream project.

But I wasn't emotionally prepared to see Sundance, "Hubba-Hubba-Hubbell" of The Way We Were, as a very old man. The hair is the same, the voice is the same, the body is remarkably the same, but the FACE! To say it's heavily lined is an understatement. I read in Peter Biskind's biography of Warren Beatty, Star, that the uber-vain Beatty enjoyed hearing how increasingly hard it was to light and photograph Redford. Because so much of Walk in the Woods takes place outdoors, and because he's knocking on 80, I suspect the filmmakers (and Redford himself is a producer) just gave up on making him look like a leading man. 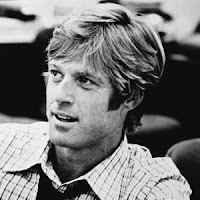 And not just because that face was once able to stop my heart. Because I don't like the passage of time. His face is a reminder that I'm no longer a girl. That one day I'm going to turn on the TV and hear (as I did about Cub Ron Santo in 2010) that he's dead.

My girlhood is slipping away.