1) In this song, Rihanna sings that when she looks at her lover, she sees the light in his eyes. The internet is filled with makeup tips for making your eyes look brighter. Drugstores sell eye drops that promise to get the red out. Are you bright-eyed this morning? Yes.

2) She likens him to a shooting star. Astronomers tell us that shooting stars aren't that rare at all. They occur when dust, asteroids or comets enter the earth's atmosphere, and are often visible on clear, pollution-free nights. Have you ever seen a shooting star? I don't think so. 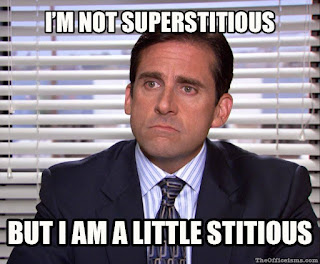 • I always touch my button or zipper when I pass a cemetery. When I was in grade school, my Girl Scout leader told us all to do that for luck and to keep the rain away when we were on the bus to day camp and it's stayed with me, lo these many years.
• I like to finger a good luck charm when my flight takes off and lands. The thing of it is, I've lost both of them! Will I have to fly next time without a charm? I hope not!
4) The singer of "Diamonds" hosted a lavish Diamond Ball to raise funds for education programs in Malawi, Senegal, and the country of her birth, Barbados. Rhianna named her charity initiative the Clara Lionel Foundation after her grandparents. If you were to name your foundation after your grandparents, what would it be called? What would you ideally like to do in their honor? I guess mine would be the Ruth and Al Foundation. I would do something similar to Lady Bird Johnson's Highway Beautification. My grandparents loved both road trips and their yard. They were both also very patriotic and I think they'd be proud to "Keep America Beautiful."
5) Rhianna recently had her first baby, a boy. According to the Social Security Administration, the top names for baby boys in 2021 were Liam and Noah. Is there a Liam or Noah in your life? My friend Soraya has a boy named Liam. She just posted photos of his first piano recital! He performed Debussy, but she reports to me that he prefers to play Lennon/McCartney. (Good lad!)
6) When she was still in her teens, Rhianna entered a beauty pageant on a dare, and won! Can you recall a time you acted on a dare? When I was in high school, I jumped into a friend's pool as part of a slumber party game of Truth or Dare. It was pre-dawn and late September. Her family hadn't drained the pool yet but had stopped all maintenance. It was very cold and really filthy. I still remember seeing leaves and plants before my eyes as I rose to the surface. By the time I got home, my pajamas were dry and I just threw them in my family clothes hamper. When my mom did laundry a couple days later, she was furious with me because my pajamas were streaked in green and she couldn't get the stains out. "What did you do?" I got an earful about how dangerous it was to swim in dirty water in the dark, how wasteful I was to ruin my perfectly good pajamas, how dumb I was to take a dare ...
7) While on tour, she likes to sneak out into the audience, just to get the vibe from out there. To disguise herself, Rhianna slips on a black oversized hoodie. Are hoodies a staple of your wardrobe? Nope. Don't even own one.
8) In 2012, the year this song topped the charts, London hosted the Olympic Games. If you won a trip to London, what would you like to see? Highclere Castle! I want to have tea with Lady Mary. 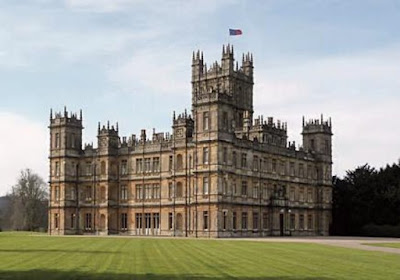 9) Random question: Did either or both your parents go to college? Nope.