I haven't stolen anything from Kwizgiver in a long time, and International Women's Day seems like just the time to resume swiping her posts.

Now, in the order that they occur to me, are ten women who inspire me.

1) Jacqueline Bouvier Kennedy Onassis. The combination of impeccable manners and true grit made her indomitable. She managed to be strong without compromising her femininity and she lived her life her own way."To thine own self be true."

2) Lillian Hellman. The Little Foxes. Pentimento. The Children's Hour. Scoundrel Time. Those titles show that the only stories to compete with the ones she created are the ones she lived.

3) Louisa Mae Alcott. She gave us Jo March, and all those Little Women. Girls who grew to be women, exhibiting everyday heroism and integrity every step of the way. Role models for more than a century, and undoubtedly for little girls who haven't even been born yet.

4) Anne Sullivan Macy. Beloved Teacher, a woman who overcame poverty, the loss of her parents and most of her sight to give Helen Keller a voice.

5) Elizabeth Edwards. I know, I know … Her messy personal life has been splashed all over the tabloids. But Saving Graces really did touch me. That memoir actually changed the way I look at life and relationships. Here I am, a stubbornly proud middle-aged pudge, and Elizabeth Edwards got through to me by being so nakedly candid about her life that I sometimes had to put the book down. She endured the unendurable by reaching out, "finding solace and strength from friends and strangers," and I'm now trying to incorporate that into my own life. At times with success. I am grateful to her, and she is one of the few strangers that I really do include in my prayers. 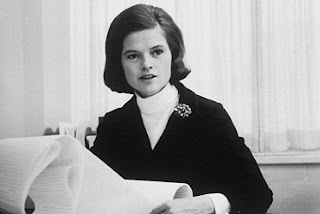 mmar school -- Nancy Dickerson was covering Washington for NBC. Her regular appearance on the news was so unusual, and her voice was so deep and resonant, that as a little gal, I put my toys down and paid attention to her. Everything about her seemed important. As I got older, I began to understand how rare her accomplishment was, reporting on government when every other female journalist was stuck with fashion or cooking, and how hard she worked. An amazing trailblazer, I wish she was appreciated more. Her son, John Dickerson, wrote a terrific book about her -- On Her Trail.

7) Eleanor Roosevelt. She got so much grief from the public in life: she was ugly, she was pushy, her voice was grating … Yet today she is revered and even has her own statue at the FDR Memorial. I think it's a testament to how correctly her personal compass was calibrated. She went her own way and did what she had to do, what had to be done. Her country, and I, are grateful.

8) Abigail Adams. Yes, yet another First Lady! I'm just learning about this one. She was a tremendous influence on her husband and his friends -- dudes like Jefferson and Franklin -- which means she has had a tremendous influence on our whole history. It was unusual for a woman in the 18th century to be taken so seriously. She wrote beautifully, too. Her letters to her "dear friend," husband John, are enlightening and even romantic. We're fortunate that we had a woman with such a sharp mind and such a sharp quill observing and chronicling the beginning of our country.

9) Miep Gies. Just as without Teacher, we wouldn't have Helen Keller's words, without Miep, we wouldn't have Anne Frank's. She helped care for the Frank family, at great personal risk, while they were in hiding and saved Anne's diary after the family's arrest. She died this year, at age 100. There's something wonderful about that. The courageous woman who gave us the most famous "diary of a young girl" lived to be a very old woman. God bless her.

10) Barbra Streisand. Yes, I was annoyed by her on this year's Oscars, too. But when I was in high school, she was a revelation. She was everywhere -- on the radio and in the movie theaters with The Way We Were. As I wrote in a post earlier this year,* she "was abrasive, noisy, idiosyncratic, and, in the final analysis, happier (than Golden Boy Redford). Barbra Streisand gave me permission. She showed by example that I could be an outsider who marched to my own drummer and still get the guy -- if only for a little while. And if he can't handle all that goes with being with ME, as I am, maybe he's not worth being with." Important then, important now.

*Hey! If I can steal the idea for this post from Kwiz, I can certainly recycle some of the content from my own blog!

All I want now is a nap 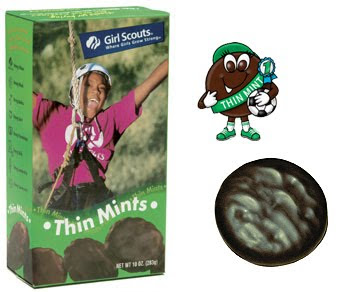 That's what happens when you eat about a dozen thin mints in one sitting. Damn you, you cute Girl Scouts selling them in the lobby!
Posted by The Gal Herself at 3/09/2010 02:16:00 PM 3 comments:

To play along, click here. Your participation means a great deal to our Queen.

1. If I never see Karl Rove again it will be too soon.

2. Should I meet my Maker tomorrow, I would ask for one more day on earth to straighten up so my mom won't find what I keep in "the naughty drawer."

3. Never in my life have I been less engaged in a meeting than I was today.

4. I should always allow more time to get ready in the morning; I can always find something else to do.

5. I should've never listened to a certain lover while under the influence of well ... him; he had a way.

6. QUESTION SIX DELETED BECAUSE I DON'T HAVE A CAR

8. Eye makeup should never be shared with strangers.

9. I should tell "Ralph" from LA Fitness that I never really meant to take a tour his club, I just took his card so he would leave me alone.