We broke a record for precipitation last month. I realize, when some parts of the country are suffering from drought, that there are worse problems we could have. I get that.

But do you have any idea what this most humid June has been like for my hair?

1. What are you currently reading? Being Nixon by Evan Thomas. I just started it, but I'm confident I'll thoroughly enjoy it. First of all, I have a massive geek crush on Evan Thomas. He's whip smart, savvy, and his writing style is crisp and knowing. His biography of Robert Kennedy is one of the best I've ever read.

Then there's Nixon. I mean, really! The man is fucking Shakespearean. If I hadn't lived through his Presidency, I'd accuse reporters of making him up. More Americans voted for Richard Nixon than any other politician. What does that say about him ... and us? I'm hoping Evan Thomas will help me understand. 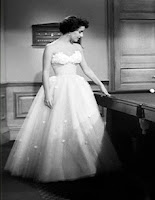 2. What did you just finish reading? Edith Head's Hollywood by Edith Head with Paddy Calistro. I wanted this book to include new information about old movies that I love, and it did. I loved the details of Head working with La Liz throughout her career, and how this iconic dress from A Place in the Sun came to be. How Newman and Redford ("the boys," as Edith Head referred to them) were dressed off the rack from the studio's Western costume department for Butch Cassidy and the Sundance Kid, except for their hats. Redford's hat, especially, was important to how his not yet familiar face photographed because of his very square jaw. 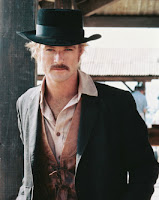 What I didn't expect was how clear-eyed this book is. It began as Edith Head's autobiography, but she died before it was published. Ms. Calistro took it over and is very balanced about Head's career. The final verdict: Edith was a better business woman than she was a designer. That's just as fascinating as her work.

Edith Head's real genius was the way she promoted/marketed herself. She intentionally attached herself to one of the "it girls" of the moment: first Mae West, followed by Barbara Stanwyck, then Elizabeth Taylor, finally Natalie Wood. She made herself well known to the public by appearing first on radio shows and then daytime TV. She lobbied the Motion Picture Academy hard for a category for costume design, and then campaigned relentlessly to get herself nominated frequently and to win as often as possible. It was rumored she was very comfortable taking complete credit for popular films that she had only worked on tangentially -- including her second film with "the boys," The Sting, for which she accepted her final Oscar. (Significant as the only film to date with a primarily male cast win the costume design Oscar.)

I came away thinking Edith was a woman before her time. If she could figure out how to build a career like that in the 1930s through 1970s, imagine what she could have accomplished in today's more female-friendly workplace.