U.S. troops in Iraq and Afghanistan befriend local animals as a way to help cope with the emotional hardships they endure every day while deployed in a war zone. The Operation Baghdad Pups program provides veterinary care and coordinates complicated logistics and transportation requirements in order to reunite these beloved pets with their service men and women back in the U.S. These important animals not only help our heroes in the war zone, but they also help them readjust to life back home after combat.

I don't imagine that there's anyone whose heart can't be touched by a soldier or a companion animal. And the combination of troops and pets is just too much! Please help our heroes come home without worrying about the animals they left behind. As our days in Iraq come to a close, even $5 is especially important to the heroes who served us and the dogs and cats who comfort them. 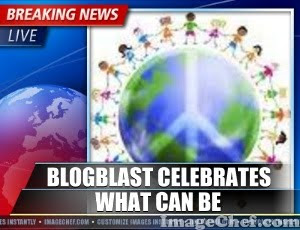 1. One of my favorite TV shows recently changed the actors who played two characters. Have you ever been bothered by a TV show or movie series changing actors who play a character you love? No. But I have been upset by the departure of favorite characters. Most recently -- WHY CAN'T I HAVE ELLIOTT ON SVU?

2. A coworker recently shared a link to a blog listing the "five things you should know before dating a journalist." As a journalist, I can honestly say the writer was spot-on. What are some things people should know before spending time with you?
* I like my alone time. That's not at all about you, it's me. * I don't take much seriously, but the things I am serious about, I'm veeerrry serious about. * No hate language around this Gal. I simply will not have it. I won't bat an eye if you dismiss someone as a "motherfucker," but call them a racial epithet or a slur about their religion or sexual orientation, and you must be gone. * Coke. I must have Coke. * Everyone's birthday is important and deserves celebrating. ESPECIALLY mine.

3. What is something you often do without realizing that you're doing it? I don't know. You tell me.

4. Who has the capacity to make you angrier than anyone else in your life, and what in particular does he or she do to make you so angry? One of my coworkers, The Chocolate Covered Spider. She insists on having her way, just as I (ah-hem) have been known to do. But she covers her willfulness in a superficial patina of niceness that makes it impossible for us to have any real resolution to our differences. I wish we could just work through our shit but we can't because she is so manipulative and conflict averse.

5. If a fairy waved a magic wand and gave you the house of your dreams, where would it be and what features would it have? It would be in a doorman building, about 40 floors up, with a view of Lake Michigan. I'd like exposed brick around the fireplace, please. And built in bookshelves in the den. Thank you.

6. What’s a belief that you hold with which many people disagree? I was upset by the tape of Ghadafi's capture. I hate that kind of brutality. 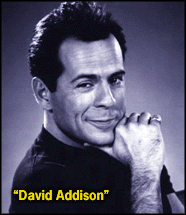 7. I used to talk in my sleep. In fact, I could carry on a conversation with someone when I was fully asleep, and my mom used this fact when I was a teenager to find out if I did anything wrong and was hiding it from my parents. If you were talking your sleep tonight, what do you think you would say? "Hello, David Addison." I don't know why, exactly, but many of the dreams I remember the next morning feature 1980s vintage Bruce Willis.

8. The fourth installment of the "Twilight" movie series ("Breaking Dawn Part I") will be released in theaters soon. Movie theaters started selling advance tickets for midnight showings months ago. Have you ever attended a midnight premiere showing of a movie? No.

9. On Tuesday, tigers, lions and bears were let loose in Zanesville, Ohio, by their owner before he committed suicide, leading to a hunt in which 49 of the animals, including 18 endangered Bengal tigers, were killed. How would you react if you saw "Caution exotic animals. Stay in your vehicle" being displayed on a road sign? I would stay in my vehicle!

10. If a company opened a theme park aimed at adults, what would you name one of the rides? Dan. Named in honor a former lover, who took me on better thrill rides than Disney ever dreamed of. 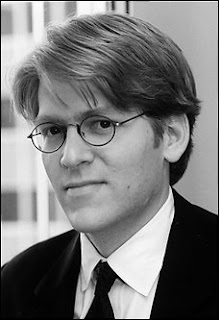 11. Imagine you just moved onto Sesame Street. Which puppet would you want as your new roommate? Snuffy. And he's not a puppet!

12. Have you ever had a weird crush on a famous person that didn't make sense to you? White House spokesman Jay Carney makes me hot. It makes complete sense to me, but I realize he's a passion not all women share.

13. If you get ten minutes to interview any celebrity of your choice, who would you like it to be? "Jennifer Aniston, are you really still pining over Brad? Or are you more over your brief marriage than the press seems to be?"

14. You've just won the complete DVD collection of all the movies starring one actor or actress. Which actor/actress would you pick? Redford

15. Actor George Clooney recently told People Magazine that he doesn't use Twitter "because I will drink in the evening and I don't want anything that I could possibly write at midnight to actually end my career." What is something you've said through social media and then regretted it? Nothing, really. Sorry.

17. If you stumbled across someone's personal written journal that was accidentally left in a public place, would you read any of the content? Yes.

18. What is the title of a self-help book that you'd never want to see on a store bookshelf? How to Be Less Progressive

19. Many media outlets have been asking this question a lot this week... Which Halloween costume do you think will be overdone this year? I'm sorry, but I haven't seen any costumes at all yet this year.

I had a good Friday and Saturday!

At the office, I really felt like I was back. My workload felt just right and I was pleased with what I wrote. My favorite coworker and de facto protegee, Tom,was in and out of my office all day, occasionally closing the door to share gossip or ask advice. It felt as though I had never been gone, and that's nice. Comforting.

I managed to get the last appointment of the night at my health club spa and got a really deep tissue massage. It wasn't relaxing and luxurious, it felt medicinal. Eric, the therapist, was very good but very chatty and serious about his work. Being assigned to him was a ha 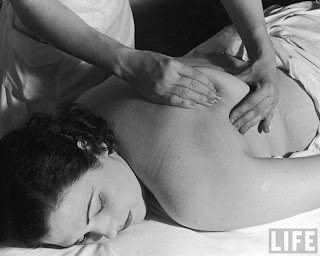 ppy accident -- I took whoever he was available for 7:00 on Friday. But he has recently had abdominal surgery himself for intestinal issues and understood completely how I was feeling. How after weeks and weeks off, sitting at a desk and working on a keyboard can really rock the back and shoulders! And how to avoid any pressure on the small of my back that would bother my incision. I am still a little sore but it's a nice sore. Post-massage, I'm no longer feeling that sudden, irritating tingle between my shoulder blades.

Saturday I paid bills, got a haircut, and went to visit my mom. It was good to spend a little time with her. I realize how lucky I am that I was able to have my mother with me post-op. Just as I appreciate my friends more than ever.
Posted by The Gal Herself at 10/30/2011 01:54:00 AM 3 comments: