When was the last time you got a nose bleed? I get minor ones all the time in winter and spring, when the air is dry.

Do you keep magazines by your toilet? Do people really do that?

If you were a waiter/waitress, would you make good tips? I've never worked food service because I'm sure I'd be terrible at it.

Have you ever stolen a road sign or traffic barrier? No. I can't imagine why I would want to.

What are the best kind of Girl Scout cookies? I enjoy Thin Mints, true, but I loooove those peanut butter sandwich cookies.

When was the last time you purchased alcohol? I haven't yet this year.

Do you find it attractive when a guy actually shows his feelings? Depends on what those feelings are.

Are you a fussy eater? I'm becoming one, as I've been battling a rather tenacious stomach bug for months now.

List everything you ate and drank today: Water, saltines, a Slim Fast shake ... Jealous, aren't you?

How are you sitting? On my fat ass

Waiting for something? No

Do you wait until you’ve completely finished a certain makeup product before you buy a new one? I try to. I don't like waste.

Have you ever told anyone you were okay when you really weren’t? Yes

Do you have reason to cry right now? I suppose, but I'm not going there

Do you shop at Victoria’s Secret? No. 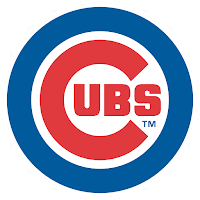 Are you into sports? Hey, hey, holy mackerel, no doubt about it! The Cubs are my team.

Can you easily touch your toes? More easily than I can touch someone else's.

What did the last shoes you wore look like? Five eyelet, white running shoes.

What do you currently hear? A political ad. We've got a primary Tuesday, so the airwaves are pretty well flooded with them right now.


Have you ever done yoga? Yes. It didn't go well. I have a hard time completely relaxing in a crowded room.

Do you have a fax machine at home? No

Do you know anyone who has diabetes? Yes

Have you ever had to block anyone online? No

Are you afraid of thunder and lightning? No

Are you a shop-a-holic? Yes

Are you healthy? HA! Not since December 23. But I hope to be healthy again someday soon.

How to describe my Saturday? It was such a mixed bag!

First of all, I early voted. For Hillary. Which felt better than I thought it would. And for Kim Foxx, which I now regret. Here in Cook County we have three women running for States Attorney. The first is Anita Alvarez, and I believe she disqualified herself with her handling of the Laquan McDonald shooting. Then there's Donna More, who has to my ears the best plan for reforming bail/sentencing and getting guns off the street. Finally there's Kim Foxx, who is backed by The Machine but also endorsed by The Tribune and Dick Durbin, both of whom I respect. Looking at the polls, More can't win, so I voted for Foxx.

But now I think of my young nephew, who was absolutely glowing after attending a weekend Bernie Sanders rally. I don't share his enthusiasm for Sanders, but I completely admire his idealism. My vote for Foxx was cynical. I wish I could take it back.

I supported healthcare for infants ... and got a $1 shirt. There's a bi-monthly rummage sale here in town that supports a different local charity with every sale. I always mean to go, but my Saturday mornings get away from me. Yesterday I made it. I didn't spend any more than $1, but I was happy to be part of the event. The majority of my neighbors was there to support prenatal and early infant medical care. One girl, a college student on a strict budget, bought a garbage bag full of clothes for $19. "My spring wardrobe," she said grandly as she hefted the bag over her shoulder. Another woman was scoping the vases and wristwatches because she has gotten really valuable items here for $5 or less. Touchingly, an elderly couple was haggling over 2 pairs of pants for $1. Yes, all the signs say the prices are NOT NEGOTIABLE, because, after all, the sale is for charity. But the husband had just had surgery and lost a ton of weight, pounds his wife dearly hopes he'll soon gain back, so she only wanted one pair of the small-sized men's pants. 50¢ clearly made a difference to this couple's budget. I was willing to make up the difference, but this sort of thing can be sensitive because pride and dignity are involved. The volunteer who manned the register gave the couple the pants for 50¢. It was the second time this week that I realized I live exactly where I belong. 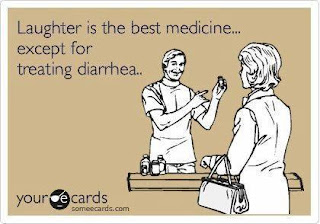 I broadened my diet, with disastrous results. A meatball sandwich for Saturday lunch. Who could have predicted what it would do to me Sunday morning? I'm so sick of being sick! I have an appointment with a new gastroenterologist next month. I am eager to discuss the path going forward with her.

It was good to get out. A few hours after my sandwich, I began to suspect it was a mistake. My first impulse was to get into my pajamas and take it easy. But you know, there's an emotional component to my malady, and sitting around being depressed that I was still sick isn't doing me any good. After all, this has been going on since December 23! I can't let this rule my life. So I took a quick nap (quick because Reynaldo was opposed to it), and went to a special Saturday night meeting of my movie club. 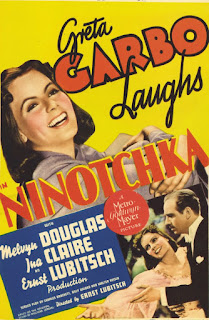 I still don't like Garbo. 1939 is the stuff of legend for classic movie fans. It gave us two of the best known, most loved and most familiar films of all time: The Wizard of Oz and Gone with the Wind. Those two are such cultural juggernauts that they overshadow all the other phenomenal movies that were released that year. And so, throughout the year on Saturday nights, we're screening some of the others. Last night it was Ninotchka. I admit I got bored and even dozed for a few minutes. For me, Garbo's nowhere near as compelling The Great Kate or even Marlene. But what the hell. It was good to be in a room full of movie lovers, to get my geek on and talk about what I love with others who love it, too. My best meet-up buddy, Joanna, wasn't there, but I found myself talking to -- and being sought out by -- others in the group. That made me glad I went. My job has been the focal point of my life for so long that I don't often meet/connect with people not in the industry.