And in Beatle News

Two photos that make me happy.

Emma Gonzalez, a survivor of the Parkland shooting who has become an anti-gun activist, chose The Lads when she appeared on CNN. 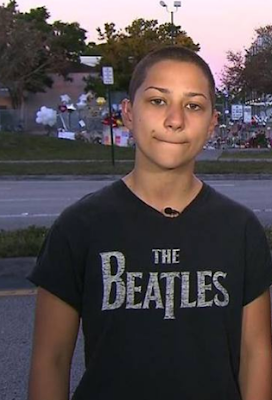 Sir Paul was spotted last week visiting Beverly Hills. He's quit coloring his hair, and I applaud his decision. He's going to turn 76 this summer. Think of it: 76. He's still here when lesser lights have fallen by the wayside. He's earned those gray hairs and should be proud of them! 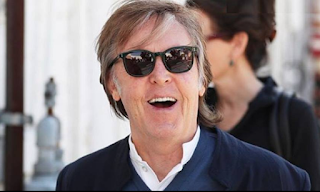 At least we're on the same side of this one

I had dinner with my friend Barb last night. It's the first time I've seen her in months, and I think it did us both good. 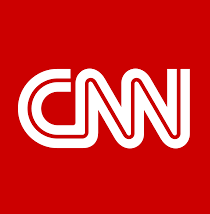 She is completely obsessed by the Robert Mueller/Russia Investigation. She was even all over the latest news about that secret Seychelles meeting. She admitted she has CNN on 24/7 these days. Her certainty that Trump is a sleazeball criminal has left her both engaged and exhilarated. It's the first time I've seen her this into a news story since her "I-hate-Obamacare" days. Clearly Barb's umbrage does not follow party lines. But I'm glad this time, it's an interest/opinion I share.

It's helping her get through. She's packing up her home here in Chicago, selling off her belongings, in anticipation of her big move to Hilton Head -- probably in late summer. It's not going as easily or as quickly as she thought it would, because she still can't shake her crippling heartache over the loss of her husband. He's been gone seven months now, and, in her own words, she's "not doing well."

He was the love of her life, and she's packing up the only home they shared. The home where much of his grueling cancer battle took place. She's moving to the dream house they had built in Hilton Head. The one she will now live in alone.

She's energized by her hatred of Trump. She's excited by selling her stuff because it feels like a game for her, using Craigslist and the Let Go app. She's seeing a shrink who is helping her deal with her grief, and she feels these couch sessions are helping.

But she's still shattered. Every day begins with tears, as every day she realizes anew that he's gone. Then during the day, she fights the desire to say to people -- the girl at Starbuck's, the man coming over to buy one of her bookshelves -- "Don't you know my husband is dead? Don't you feel it?" At times she's furious that the world continues spinning without him in it.

We ate too much, laughed a surprising amount, and drank. I'm happy that I helped her. It did me a lot of good, too. I've fallen into an unfortunate rut of getting home from work and sleeping. I've been letting the sadness around me at the office become routine, and to take over my life. Spending time with Barb this week, and Kathleen last week, has been good for me.

I must learn from this. Kathleen called me for dinner, but I called Barb. I must reach out to people, not isolate myself, waiting for someone else to bust me out of my malaise. I need to regain control of my own life!