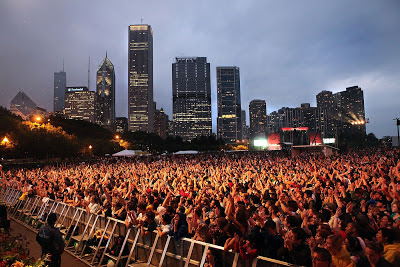 1. What did you do in 2015 that you’d never done before? Went to Lollapalooza. The day we saw Sir Paul, we were in a crowd of more than 100,000 (an estimate because 300,000 passed through the turnstyles over the three days and the day we went was the most attended). I've never before been in a crowd that big but it really was fun!

2. Did you keep your new year’s resolutions, and will you make more for next year? No. And yes.

3. Did anyone close to you give birth? My coworker Emily had a little boy.

4. Tell us a valuable lesson you learned in 2015? Patience. I feel like I have to learn it anew every year, but patience nevertheless.

5. What was your favorite new TV program? Braxton Family Values. I just discovered it this year and enjoy it thoroughly.

6. What would you like to have in 2016 that you lacked in 2015? A stronger grip on the particulars of my life. (From, "Where is the adapter for my phone?" to"When can I finally finish my bathroom remodel?") 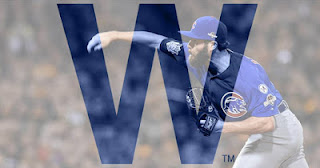 7. What dates from 2015 will remain etched upon your memory, and why? October 7. The day the Cubs won the one-and-done wildcard playoff with Pittsburgh.

8. What was your biggest achievement of the year? The Big Project at work. I accomplished a lot, and did a good job with little support. I'm proud of it.

9. What was your biggest failure?You can still call me Fatty McFatterson. I haven't lost a pound.

10. What was the best thing you bought? I got myself a little DVD player. Since they're passe now, I got a great price. Can't tell you what a great companion it is when I fly.

11. Whose behavior merited celebration? Joey, my 20-year-old cat, is sitting beside me, purring as I post this. He's a gentle, loving soul and every day I have with him merits celebration.

12. Whose behavior made you appalled and disgusted? Donald Trump and his supporters. Once he mocked that disabled reporter, and his crowd stuck by him, I realized his campaign was beyond redemption. I had an uncle who battled Parkinson's. I know the courage it takes to face that kind of physical disability. Donald Trump is an asshole.

14. What do you wish you’d done more of? Exercise.

16. What was the best book you read? Frank: The Voice, the first volume of Kaplan's massive Sinatra biography. I enjoyed it so much I gave myself volume 2 -- The Chairman -- for Christmas.

17. What one thing would have made your year measurably more satisfying? Fewer guns. Chicago is awash in firearms. It's a tragedy.


18.  Quote a song lyric that sums up your year. It sums up every year, "Pride can hurt you, too. Apologize."