I hate giving up on people

... but alas, Warren gives me no choice.

Warren is a former coworker of mine. 53 years old. When we worked together, he was in our mail room. He moved to a competitive agency in February 2020. There he handles catering for client meetings, making sure the conference rooms are set up properly and that everyone has the office supplies they need. But here's the thing: once March and covid arrived, everyone worked from home and there were no big meetings in the conference room, and everyone was in charge of his or her own supplies. His new employer has kept him on anyway, at 75% of salary. It's been like that for 17 months now.

Warren recently moved to a trendy Chicago neighborhood with a lot of bars and a lot of young people. He spends a lot of time partying with twentysomethings he has nothing in common with. He says this leaves him lonely.

He was sure he had neuralgia, until the doctor assured him he doesn't. He insists he had long-term "inflammation" and "nerve damage" from the Pfizer vaccine. He says he can't be alone because it stirs his anxiety.

Warren also insists that he knows the way he's living would not have pleased his mother, a devout Jehovah's Witness. This makes him sad. He has tried to fill the spiritual void in his life by watching and listening to Joel Osteen. But now he believes Osteen is too greedy to be a reliable messenger.

He went to the Kingdom Hall not far from where he lives and was told by an elder that he is "not ready to serve God." I was shocked by this. I don't know a thing about Jehovah's Witnesses, but I can't imagine a minster of any kind discouraging a parishoner that way.

But now I get it. Warren is not ready to serve God or make any constructive changes to his life. I have recommended to him -- time and again -- that he should volunteer at a charity. After all, he now only works on site 2 days/week, so he has time. If he wants to hang around with like-minded people, instead of partiers young enough to he his kids, he'll meet them there. If he wants to serve God, helping his community is a great way to start. I mentioned to him that he has many organizational and people skills, and it would be lovely if he could put them to use for his neighbors.

"I hear you, Gal, but I don't have time. I may be back at the office full-time."

I sent him the link to local food pantry that needs volunteers. He could walk to it. They need help organizing and manning the donation tables at upcoming local events, like Oktoberfests. This is exactly what Warren is good at!

You know what does fit his plan? Partying at Sluggers. I cannot tell you what a fucking zoo that place is. Tonight he's posting pictures of himself with his favorite (30something and blonde) bartender with captions about how young he believes he looks in the photos and how happy she was with the $50 tip he gave her. (He can't afford a $50 tip; he's only getting 75% of his paycheck.)

He also wants to start an official Facebook fan page for a former soap opera star. He is hoping for a zoom with this "celebrity" after Labor Day.

This is all just sad.

I wish Warren understood that doing for his neighbors would help him feel more grounded. That living his faith would bring him closer to God. But I can't make him understand.

I am sure something bad is going to happen to him. I feel helpless watching.

Not all victims of Covid have the virus.

I want to cry.

1) John Lennon sings that he's been working like a dog. What's the hardest job you've ever had? What made it so difficult? Being a secretary (in those days, we were still called "secretaries") at the corporate offices for what was then the world's largest retailer. I hated it. My bosses were all condescending jerks. The women I worked with could be very petty. I realize now -- hindsight is 20/20 -- that when you're treated badly, you respond badly, but I wasn't that smart or sensitive back then. I was just unhappy. It was my first full-time job and I stuck it out four years. I got a couple of promotions and raises, and thought that being unhappy was just the working girl's lot in life. I'm so very grateful I became a writer! Now, even though I have tough days, I really enjoy what I do.

2) Despite the hard work, he likes his life and asks, "So why on earth should I moan?" What's the last thing you complained about? Who were you talking to? I complained about being caught in some interdepartmental cross fire. Person A expressly told me to do something. Person B specifically told me not to. I was whining to a coworker.

3) John was raised by his Aunt Mimi. She meant well when she told the teen-aged John, "The guitar's all right, but you'll never make a living out of it." What's the worst advice you've ever received? I had just emerged from a very bad relationship with a very bad man. I was confiding this to a new friend, trying to explain why I didn't share her enthusiasm for fix-ups and husband hunting. I was healing. She advised me to return to my abusive lover: If someone had that big an impact on your life, maybe he's supposed to be in your life. That attitude helped explain all the drama that was always in her life. We weren't friends for long. 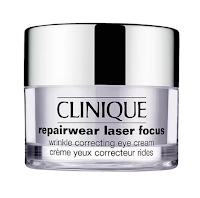 4) This week's song was cowritten and also sung with Paul McCartney. Paul's father was more supportive of the lads' show business aspirations than Aunt Mimi was, but he still worried that his son wouldn't be able fully support himself as a musician. To please his dad, 17-year-old Paul worked over the Christmas holiday season as the "second man" on a delivery truck. Paul would be the one to hop off the truck and drop off the packages while the driver could keep the motor running and the heat on. Where was the last package you received from? (Extra points if you share what was in it.) Clinique cream from Kohl's. I earned $5 in Kohl's Cash.
5) After Christmas was over, Dad insisted Paul get a full-time, year-around job. He ended up at a factory, winding heavy coils to be used in electric motors. He hated the work but enjoyed the lunch hours, eating jam sandwiches and, weather permitting, kicking a soccer ball around the yard with his coworkers. What's for lunch at your house today? I'm doing this Friday night, so I'll tell you what I had for Friday lunch. I took myself to my favorite neighborhood bar to enjoy a Moscow Mule and a BIG bowl of their signature clam chowder as I read People magazine and watched the end of the Cub game. (My first Cub game since management's inexcusable July 29-30 bloodbath trades.) I was celebrating Labor Day. After all, I've been a tax-paying laborer since I was 17. (See Question #1.)

6) In early March 1961, the Beatles accepted a booking to play lunch hour gigs at Liverpool's Cavern Club, and so February 28, after less than two full months, Paul said goodbye to factory work. What's the shortest you ever stayed at a job? I worked in corporate communications for 90 days. Normally I believe in committing to a job for at least a year, but I left this position as soon as I could. It was ill-defined and they didn't know what to do with me. They were shocked because they were a software development company and thought they were cutting edge and hot shit. Maybe they were effective developers but they were awful communicators. I couldn't see staying there when I could tell it wasn't going to get better. I just ripped the Bandaid off and moved on.

7) Enough about these Brits! Labor Day was introduced to celebrate the achievements of the American worker. How many different employers have you had? I am currently working with my 9th (and likely last) employer. (Not counting high school jobs.)

8) This weekend may offer a golden opportunity for napping and sleeping in. Do you snore? Yes. Or to paraphrase John to Ringo in A Hard Day's Night, "I'm a window rattler."

9) Labor Day traditionally marks the beginning of the new school year. When she was a kid, Samantha was crazy for her brand new box of 96 Crayola Crayons. It even had a sharpener in the back! What do you remember about preparing to go back to school? If you're an educator, let us know how you get the classroom ready for the kids. I remember going to the la-de-dah, fancy mall with my mom and sister to pick out back-to-school clothes from Marshall Field's. I found the shopping itself boring, but I loved the mall with its fountains.