Would you ever consider becoming a teacher? Yes. When I was a kid I wanted to be a teacher.

Would you ever give a hitch-hiker a ride somewhere? No.

Would you ever try fasting for a whole week? No.

Would you ever try to quit one of your addictions? "One of" my addictions? What a cheery question! I probably am addicted to caffeine, and I should give it up. Sorry that's all I have to report.

Would you ever dye your hair purple? I did. It was the 80s.

Would you ever spend $100 for the best tasting hamburger in the world? Sure. Though I insist that the bill include the side of my choice, tax and tip. $100 for a beef dish dinner in a really nice restaurant is certainly not unheard of.

Would you rather chew gum off the ground or kill a squirrel? First of all, what's the penalty for doing neither? I suppose I'll go with the gum. Children do it every day and they somehow manage to grow up into adults.

Would you rather play Monopoly or Operation? Monopoly

Would you rather eat chocolate or fruity candies? Chocolate

Would you rather listen to one CD forever or become deaf? The CD ... and it's going to The Beatles White Album. If it's Barry Manilow, I'd rather be deaf. 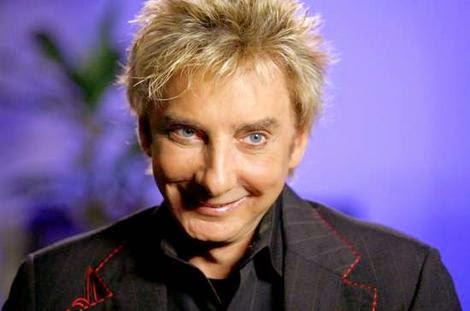 Would you rather be deaf or blind? Deaf

Would you rather spend a day with Lady Gaga or Miley Cyrus? Gaga

Would you rather learn to play piano or guitar? Guitar

Would you rather have a stomach-ache or headache? Headache

Would you rather be too loud or too quiet? Too quiet

Today's happiness -- A day at the zoo.  My cousin Rose and I went to Brookfield Zoo, walking distance from where I grew up, and a staple in my summers as a kid. We spent about 10 hours together -- which was about 1 hour too long because at dinner we did start to get on one another's nerves -- but it was by and large a very good day. Okapis, giraffes, penguins, primates, lions and tigers and a rhino. I learned a lot (most especially that I should avoid palm oil for the sake of the rainforests and orangutans) and thoroughly enjoyed a day that, frankly, I'd been kinda dreading. My cousin has always loved me very much, and I get much warmth and comfort from it.
Posted by The Gal Herself at 8/17/2014 09:20:00 AM 2 comments: