I don't get it

This week Moammar Ghadafi was virtually killed on live TV. The Iraq war ended after almost a decade. And I suspect that none of my coworkers really cared. Not about the graphic news coverage in Libya. Nor about about the troops coming home. Nothing. Life as usual. I find this disturbing.
Posted by The Gal Herself at 10/21/2011 07:06:00 PM 3 comments:

Home for the Holidays 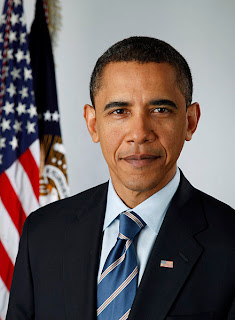 The news from the White House is exceptional. Amazing! The Iraq war will be over by year-end!

I admit that I have become disillusioned with Barack Obama at times. I don't think he's working hard enough to get us off foreign oil, or to use his power as a speaker to involve us in the process -- the way JFK or FDR did. I don't think he has the empathy or balls of Bill Clinton. I get frustrated!

But not about foreign affairs, and not this week. I hate these wars, and he's getting out of one, just as promised.

Gadhafi has been removed (and how!) from Libya, and while the US supported NATO, for once we didn't do the heavy lifting. Maximum result for minimum investment.

Watching the horror that Gadhafi suffered at the end (and may well have deserved), I am glad that Americans weren't involved. And proud that there are no post mortem photos of Bin Laden similar to those I've seen of Gadhafi. Barack Obama wisely decided to show the world that America is better than that.

I'm still not completely sold that I'm getting the "hope and change" I voted for, but I'm grateful that we live in a more peaceful world, and am grateful to Barack Obama for his wise role in it all.
Posted by The Gal Herself at 10/21/2011 06:52:00 PM No comments: