1. Is it more important to love or be loved? To love

2. If you had the chance to go back in time and change one thing would you do it? I would have moved faster to pull the plug on a toxic relationship

3. If a doctor gave you five years to live, what would you try to accomplish? I'd try to be more peaceful

4. What is the difference between innocence and ignorance? Innocence implies a certain absence of responsibility. You simply don't know better, or haven't been exposed to something. Ignorance is a perhaps willful lack of knowledge. (Am I making sense? I know what I mean but I'm not sure I'm communicating it effectively.)

5. What is the simplest truth you can express in words? Joy comes from helping others 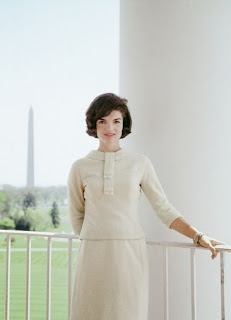 7. Can there be happiness without sadness?  Pleasure without pain?  Peace without war? For this I turn to my all-time idol, JBKO: "I have been through a lot and have suffered a great deal. But I have had lots of happy moments, as well. Every moment is different from the other. The good, the bad, hardship, the joy, the tragedy, love, and happiness are interwoven. You cannot separate the good from the bad. And perhaps there is no need to do so, either."

8. What’s the one thing you’d like others to remember about you at the end of your life? I was there for them.

9. Is there such a thing as perfect? No

10. What do you love most about yourself? That I have accomplished a great deal professionally with little formal education.

12. What do you imagine yourself doing ten years from now? Enjoying retirement or pushing up daisies

13. What small act of kindness were you once shown that you will never forget? About a year and a half ago, a rather powerful coworker (several rungs above me on the ladder) just so happened to witness how I was being treated. She gave me a much-needed pep talk. The right words at the right time. I hope I can pay it forward.

14. To what degree have you controlled the course your life has taken? I'm the one steering this ship.


15. If you looked into the heart of your enemy, what do you think you would find that is different from what is in your own heart? Wow. I think I'd be more shocked by the similarities between us. But in terms of differences? Values.

Let's hear it for The Gold Guy! 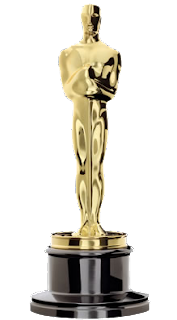 Sunday means Oscar. And I looooove Oscar. Here are my daring predictions for the acting categories:

Best Supporting Actress: Laura Dern, who was good as the cut throat divorce lawyer in Marriage Story. I liked Florence Pugh better; her Amy was the highlight of Little Women for me. But I don't vote. Plus, Dern undeniably had some great moments, compassionate to her client and brutal to opposing counsel.

Best Supporting Actor: Brad Pitt. This is my favorite category because I've seen all five performances, and think all five are worthy.  In Beautiful Day in the Neighborhood, Tom Hanks doesn't imitate Mr. Rogers, he evokes him and fleshes him out and makes him four dimensional. Similarly, Anthony Hopkins makes Pope Benedict warmer than I'd thought possible in The Two Popes. (I laughed out loud when he said, "It's a German joke, so it doesn't have to be funny.") In The Irishman, Joe Pesci is a quiet menace, a monster benign in appearance and manner. His costar, Al Pacino, is so warm and alive as Hoffa that you're sad every moment you see him, anticipating his inevitable demise. But Brad Pitt ... His Cliff Booth is heroic and silly and irreverent and completely charming. And this was a surprise for me, as I'm not much of a Brad Pitt fan. But in Once Upon a Time in Hollywood (like in Moneyball) he disappears into the part and wins me over.

Best Actress: Renee Zellwegger. I adore Judy Garland, and approached the movie Judy with a healthy skepticism. And I wasn't crazy about the film because it focused so narrowly on The Wizard of Oz Judy and end-of-the-road Judy, ignoring the stunning career she had between those touchpoints. But still, Zellwegger is awesome. It's a fair, affectionate, tender and funny performance. She gives Judy her due, even if the script does not. (The Academy never did, either. Zellwegger could win an Oscar for playing an actress who was denied her Oscar.)

Best Actor: Oh, just give it to Phoenix already! I admit I didn't care for the movie Joker. It's too dystopian, even by comic book/fantasy standards. And it's too, too long -- I stopped caring what was real and was imagined. I just didn't give a shit anymore. But Joaquin Phoenix is brilliant. He makes you see how the world broke him, and you feel compassion for him. You understand Joker/Arthur and you give him credit for owning his madness. "What do you get when you cross a mentally ill loner with a society that treats him like trash?"

I'll leave you with Joker/Arthur literally descending into insanity. Compare this performance with Phoenix's turn as Johnny Cash in Walk the Line, and you'll be blown away.

I had a happy encounter today on my neighborhood's busiest boulevard. I'd just been to the dentist -- that tooth sensitivity I'd experienced earlier in the week turned out to be nothing (yea!) -- and was headed to Target when a couple half a block ahead of me turned around and the woman said, "Hi, Neighbor!"

I think they forgot my name. I know I forgot theirs. But we lived next door to one another for a few years, until they moved out about three neighbors ago. We had a lovely moment when their daughter was born, just after my mom died. I told them how happy it made me to hold a baby, when I was mourning. Also, since my mom loved both The Brookfield Zoo and babies, I gave their newborn a teeny-tiny t-shirt I'd picked up at my first trip to the zoo after my mom died. I did it more for myself than for them, really. It felt right and helped me heal. But still, it meant a lot to them. Funny how little things make an impact, isn't it?

Anyway, that baby girl is now in first grade and they wanted to share photos. In the February cold, we stood there together as scrolled through their phones and showed me pictures of her. I noticed that, in all of the recent ones, she was wearing a Gryffindor scarf, so I know she's a young Harry Potter fan. They told me that she's attracted to the magical and supernatural, but is learning to make choices. When something scares her, she turns it off herself.

Anyway, between the blissful outcome at the dentist and my encounter on Main Street, I was happy. Happy is good.

Unfamiliar with this week's song? You can hear it here.

1) Sam's teacher told her she'd use math every day. What's the last math problem you solved? (Did you add to/subtract from the balance of your checkbook ... use division to figure out how much you'd save with 25% off that sweater ...) I figured out how much tip to leave the server.

2) The lyrics tell us that if you take away the rain from a flower, the flower just won't grow. Do you have any indoor houseplants? Could they use a drink of water this morning? I have two philodendrons. One is big, the other is massive. They get water and attention without fail on Mondays, and whenever I go into the den. I fantasize about draping them from the ceiling, the way Hepburn did with her philodendron in The Desk Set. 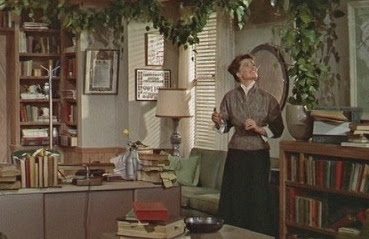 3) This week's artists, The Grass Roots, are introduced in this video by country music superstar Kenny Rogers. Who is your favorite country music singer? Garth Brooks.


4) The two unmarried members of the group -- guitarist Warren Entner and drummer Ricky Coonce -- competed for a lady's affection on a 1968 episode of The Dating Game. Neither of them won! She chose Bachelor #1. Anyway, have you ever appeared on a game show? Do you know anyone who has? My friend Nancy was on Jeopardy. She did pretty well, too.

5) The Grass Roots were originally called The 13th Floor. They chose this cheeky name because many high rises do not have a 13th floor since 13 is considered an unlucky number, and they were thumbing their noses at superstition. Are you superstitious? Only about airline travel.

6) At the time of his death in 2011, group leader Rob Grill was still playing music, touring with a reconfigured Grass Roots. His widow Nancy referred to him as "one lucky son of a gun" because he'd been able to support himself as a musician, doing what he loved for 45 years. In what ways do you consider yourself fortunate? My body is pretty resilient. Come to think of it, so is my spirit.

7) In 1971, the year this song was released, Walt Disney World opened in Florida. The Epcot Center was added in 1982. Have you ever visited this, or any, Disney theme park? I've been to Disneyland twice and Disney World once.

I suppose this was "locker room talk," too

George Romney's son honored his father by acting on their shared faith, by discussing how seriously one must take an oath before God.

This is how Donald Trump's son followed his lead. The Trump men do love the word "pussy," don't they?


I'm offended as a Christian and a woman. There are uber "Christian" women in the blogosphere who complained about the knit "pussy hats" worn in Woman's March after Trump's election. They railed against the vulgarity of these women when discussing our President. I'm sure these same women are offended by DJT Jr.

They somehow insisted that Trump is "prayerful" and his family can do no wrong.

Then there's this display of our "prayerful" President at the National Prayer Breakfast. The keynote speaker, a Harvard theologian, encouraged those assembled to "love your enemies." You know, like Christ tells us in the Book of Matthew.

Our "prayerful" President Donald J. Trump opened his remarks by saying, "I don't know if I agree with you."

How's that for Christian values? (What do you bet he's never opened his Bible?)

Young people are turning away from organized religion. The hypocrisy of Boomers and Xers is where I place the blame. How can they look at this sort of thing and see anything but bullshit?