How awful to be her! 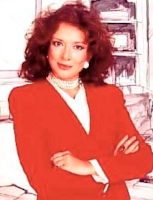 In the heat of the 2016 campaign, I accidentally happened upon a Facebook poster who referred to herself as Julia Sugarbaker, the sassiest character on Designing Woman. It would be unfair to Bernie Sanders to refer to her as the typical Sanders supporter, but she was indicative of "the more progressive" wing of the Democratic Party.

She railed against Hillary for being "an American oligarch," for killing people, for the "neurological disorder" that caused her to "short circuit" during interviews.

She hated on Debbie Wasserman Schultz and Donna Brazile for the unfair way the DNC hated on Bernie. She ignored, of course, that she was getting all of her information from Wikileaks and never stopped to wonder why the Sanders campaign wasn't hacked. (Or the equivalency the Sanders' team emails would likely have revealed, since Presidential campaigns are a rough-and-tumble business.) She ignored how bad it was to take off on Brazile, since Bernie had an issue with women in general and women of color, specifically.

Now, of course, she has to deal with knowing that everything she believed, she was fed by Russia. She was manipulated by an enemy greater than Hillary Rodham Clinton.

She used social media to advance Putin's aims. To borrow from the 2016 debates:

How is the lady herself dealing with all this? I mean, if it was me, and I realized how thoroughly I'd been played, I'd feel terrible. I like to think I'd become introspective, and look at how my passion turned to animus and blinded me to what was happening.

But then, I'm not "Julia." She's coping by ignoring. By moving on. By disseminating more misinformation. She gave an "A-fucking-men" to a post discrediting the intel agencies with this: "Because these same intelligence agencies were proven to have attempted to silence Martin Luther King Jr. through coercive force and legal force in an attempt to get him to commit suicide until his eventual assassination."

Um, that's simply false. There was total antipathy between King and the too-powerful J. Edgar Hoover and MLK was the victim of illegal, immoral and unwise wire taps. But "coercive and legal force" designed to "attempt to get him to commit suicide until his eventual assassination?"

But keep saying it. Keep posting it, girlfriend. Keep sowing seeds of racial division as you dance  at the end of those merry marionette strings. Let your hate and your conspiracy fever blind you to what you're actually doing.

PS Here's the perfect evidence of how totally "Julia Sugarbaker" ignores context. The character she has chosen as her "spirit animal" -- the original Julia Sugarbaker from the CBS TV show -- is the creation of Linda Bloodworth-Thomason. Linda and her husband, Harry, did the TV spots for Bill Clinton's 1982 gubernatorial campaign and have been close friends of Bill 'n' Hill ever since. They were involved in every Clinton campaign (his and hers, both) and were advisors in the Clinton White House.

You can't expect her to notice a relationship that's lasted 35 years and played out in public. Because it's true and transparent. Obvious. She foolishly prefers to concentrate on swampy conspiracies.

Remind me to wait another two years before I check her feed again!

That's the unholy truth. Books are like money in that that they really retain dirt.

After work I went to the local high school and sorted books for the library's annual book fair. I handled poetry, lots of poetry -- including self published works, poetry in Spanish, and a collection of Keats and Shelley. Scholarly books that I'm pretty sure won't sell, like a study of the intersection of law and medicine and a volume that compares/contrasts existentialists. Bodice-ripping romances set against the backdrop of war (the wars change but the cleavage on the cover remained the same).

When bending and carrying began to bother my knees, I switched to stacking empty boxes. After an hour, I went home. I'll go again over the weekend. After all, it's estimated that 100,000 books will make their way to the sale tables.

Every day that I work, I get "paid" with the paperback of my choice for 25¢.* I didn't see anything that called out to me especially at the biography/memoir table, and I didn't even peek at the mystery section. There's time for that between now and July 27.

*The volunteer coordinator told me with a wink that hardcovers are "negotiable." 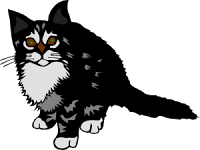 I spent a little time with Napoleon and Caleb today. I wish I had better news to report.

His wife, Randi, is at the Mayo Clinic. She was driven there in an ambulance. Traveling at a regular speed -- without sirens or flashing lights -- it took about 6 hours. She is simply not getting well, not getting stronger. She is cancer free, and the virus that landed her in the ER in the first place is no longer present. Yet septicemia has set in. Why is she so vulnerable to infection? Why isn't she getting stronger?

Caleb says he's not worried, that he's confident that in MN his wife will finally get the care she needs to recover. He is lonely and sad without her. He can drive up on Friday evening and stay with her until Sunday afternoon. Caleb's boss is lending Caleb and Napoleon his "beater" for the drive. I got the impression that they will be spending their nights in the car, but that Napoleon will, without a doubt, be sneaked into the Mayo Clinic. Randi really wants to see "her baby."

I am heartened that the Mayo Clinic is taking the case of a woman who is nearly indigent. She has been ill almost all of 2018. And in March, after her cervical cancer diagnosis and hysterectomy, the surgeon left a sponge inside of her! I am sure that the Mayo Clinic will treat her with greater respect and care. But I worry about how serious her condition must be that her doctors here felt this was the best option.

While we were talking on the street corner, a woman handed Caleb a grocery bag that included individual serving boxes of cereal (his favorite, I learned today) and a pair of popsicles. After she was gone, he asked me if I wanted the popsicles, since he can't have anything that cold. He has a bad tooth.

After lunch, I stopped at Walgreen's and got Caleb a bottle of "oral pain reliever" (liquid benzocaine) and a $20 Visa gift card. I figured he'll need gas money. When I handed it to him, he said that was exactly what he'll be using it for.

Throughout the day, I sent prayers Randi's way. I did not pray for God to make her healthy and whole. Instead, my heart told me to ask that she be comfortable and peaceful. She has been through so much this year! Cough, fever, infection, cancer, surgery and now more surgery ... I pray that she finds relief from pain and stress and fear.

And, of course, I pray for her guys -- Napoleon and Caleb -- who love her so.