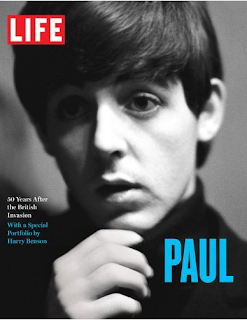 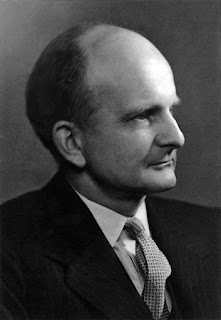 My mom died four years ago this month. She'd been very ill for a while, and I was exhausted by worry about her. And her death was just the beginning of a very ugly adventure with the legal system and banks and my sisters as we laid her to rest and dismantled her life.

I spent a lot of that time equal parts angry, disillusioned and bone tired. I was angry that my mom didn't really work at her rehab or cooperate with the doctors. I felt she died before she had to, and when I still needed her.

I was upset to learn that my mother never saw fit to maintain her life insurance, so we (and by "we" I mean "I") were facing a big bill for her funeral. I asked her not to make her executor but she did it anyway. This was like painting a target on my back for my sisters to aim at -- and my older sister is an especially lethal shot -- so to be honest, I'm still pissed.

Still, since my mother had no cash or stocks, no will and a reverse mortgage. I thought being her executor would be simple, at least legally. It was not. And don't think there's not a weight to opening your purse and seeing your mother's death certificate -- a necessity as I had to carry it with me when I did the rounds from one columned building to another.

I also had to revisit a lot of the fissures within my family, and to come to grips with the fact that my mother was at the fulcrum for much of it. Then there were the new revelations. My favorite was having to keep my face composed as I listened to my mom's best friend tell me my mother used to explain away the hostility between me and my older sister as "jealousy over your sister's great beauty."

This all came back to me Tuesday night. My friend Mindy's mother died over the weekend. I never did cotton to that woman. She was all about appearances. (It must be said that, for my part, I left Mrs. G. shaking her head, as well.)

She also very obviously favored Mindy over her older sister. I could see this damaged both of her daughters. Mindy felt tremendous pressure to be "the good girl," something that's traveled with her, and inhibited her, throughout her life. Now that she's over 60, she's still worried about putting a foot wrong. Her older sister, on the other hand, always felt frustrated and misunderstood. And here's the thing: BOTH women are people you'd be glad to know, and that their mother should have been proud of.

Yet the older sister posted the sweetest tribute to their mother. Photos taken throughout the woman's life -- with great emphasis on her early years as a fashion plate and a beautiful bride, which she would have wanted. But it was the song choice that made my throat close up. "For Good," from Wicked.


For Mrs. G.'s daughters, who didn't get the mother they deserved but got one they loved anyway. For Mrs. G., for not being able to appreciate her girls for who they are.


For me and my mother. I do love her and I do miss her. I am angry at her. And I know all these things can coexist.


I haven't genuinely mourned her because, I think, I was afraid I would fall apart. It was all too much. She was the parent I was closest to, depended on the most. To see her as less than perfect was scary. 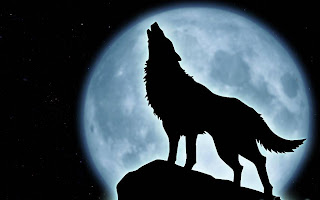 On the other hand, I am what my shrink used to call "a truth teller." This photo always resonated with me. The solitary figure, howling at the moon. I was the one in my family who couldn't help yelling, "THIS IS ALL FUCKED UP!" Whereas my mother, the child of two alcoholics, was just as driven ... to keep it all together, to avoid conflict at all costs, to insist everything was fine (even, and especially, when it wasn't), to say, "There's nothing to see here."

So there was always destined to be friction between us.


Our parents love us, and they damage us because they aren't perfect. We love them, and we disappoint them, because we came from them but grew into autonomous human beings. It's the natural, albeit painful, order of things.


With the distance that comes from four years, I'm able to see that.


No, scratch that. I always SAW it.


With the safety that comes from four years, I'm able to feel that.