It was one of those very good days 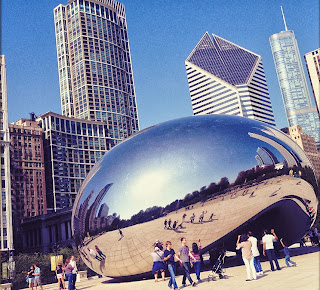 Yesterday I skipped my trip to the health club and took a walk at lunchtime. It was 72º in the sun, and I wanted to take in the flowers and leaves and fountains again while I still can. So I walked up Michigan Avenue and then cut through Millennium Park on the way back.

I dearly love this city.

It's pretty over the holidays, with snow and ice on the branches and lots of lights and happy people carrying shopping bags. I look forward to that. But this is good, too, and it won't be with us much longer.

By the way, I realize I haven't seen Puppet Bike once this year! Damn! 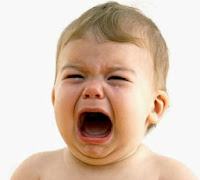 I couldn't help laughing at the little boy I rode home beside. He was between 2 and 3 and so angry! It was astonishing how much emotion his little body could contain, and invigorating to watch the abandon with which he released it.

As we approached their stop, his mother had taken him out of his stroller so that his aunt could fold it down. She was holding him in her lap, because the aisle of an el train is not a good place for a toddler to run free. I guess to him, being out of the stroller should mean freedom and he didn't care for being on her lap.

When the tears started and his scissoring legs entered the act, I understood that he was actually yelling, "ME DOWN!"

Mom was amazing placid. More embarrassed by how we reacted to the display than surprised by it. And she never released her grip. Perhaps she couldn't stop his tantrum but she steadfastly refused to reward it.

It must be a tough tightrope for moms to walk. I imagine that you want your kids to be free and strong and able to stand up for themselves. Just not with you.