1) This song is about love at first sight. Do you believe that immediate attraction lasts? I'd like to think it does, but I'm not so sure.

2) The lyrics mention "a breath of spring" and robins singing. Now that we're deep into winter, what do you miss about spring?   Baseball

3) Though the world knew her as Judy Garland, this week's featured artist was born Frances Gumm and her family called her "Baby." Does your family have any pet names for you?  My father and grandfather each had a nickname for me, but they're both gone now.

4) Because she was petite -- just 4'11 -- it was obvious when Garland gained even a few pounds and consequently she battled her weight her whole life. Now that we're in the new year, have you made any resolutions about your own diet? I'd love to lose weight but mostly I'm trying to eat healthier.

5) The year this song came out, 1939, was the year Garland's most famous movie, The Wizard of Oz, was released. Which of her three traveling companions is your favorite: Scarecrow, Tin Man or Cowardly Lion? Scarecrow. Totally. "I could while away the hours, conferring with the flowers, consulting with the rain. My head I'd be scratching while my thoughts are busy hatching if I only had a brain."

6) Barry Manilow enjoyed Judy's performance of this song so much he did a "dream duet" with her and included it in his recent CD. What performer who is no longer with us do you wish you could have seen in concert? Garland. Elvis. Frank. All good choices. But the first one that came to mind was Amy, Amy, Amy.

7) Judy had a terrible problem with tardiness. Are you usually prompt? Usually. I depend on public transportation and it waits for no man.

8) During World War II, Judy worked tirelessly to entertain the troops. Tell us about a cause that's near and dear to your heart.   My local food pantry. On Monday I'm taking a bag of canned goods and pasta over there. That people are going hungry right here in my neighborhood is a sobering thought, and this winter, when the schools closed for the frigid weather, so many parents had to take off work without pay and the kids missed their free school lunches. 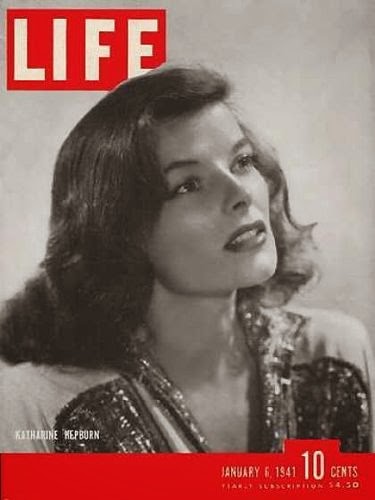 9) The American Film Institute lists Garland as the 8th greatest movie star of all time. Who is your all time favorite actor or actress? Certainly Garland would be one of them. She was always so genuine onscreen. With time I have come to appreciate Elizabeth Taylor more as an actress, too. But if I could only choose one, I'd have to go with The Great Kate. Hepburn was more than an actress, she was a force of nature. The AFI agrees with me. Here's their list.
Posted by The Gal Herself at 1/17/2015 02:32:00 AM 7 comments: