1) In this song, Diana Ross is disappointed that she hasn't yet found lasting love. Do you think you can fall out of love? Or do you believe that if you fell out of love, it wasn't true love to begin with? I don't know that I've ever fallen out of love. Relationships have become untenable and had to end. But I have been in love twice, and I still love both men now.

2) When is the last time you literally fell, tripped, or stumbled? I used to fall down a lot. I thought I was just a klutz. Working with a chiropractor, I learned that my spine is curved and so my body is out of whack, very right dominant. Since I've been stretching and getting adjustments, my balance is better and I can't recall the last time I took a tumble.

3) This record was a hit with American Bandstand viewers. For weeks it was voted the song they most wanted to dance to. Did you watch American Bandstand? When I was in junior high, I wouldn't miss it. Saturdays at 11:00 AM.
4) This is one of the last Supremes songs that featured the most successful hit-making line-up: Diana Ross, Mary Wilson, and Florence Ballard. Florence's great-nephew, Christian Ballard, was a football star at University of Iowa and briefly played pro ball for the Vikings. The 2022-23 NFL season just kicked off. What team do you root for? I am still concentrating on baseball. I don't have the bandwidth to root for a football team.
5) Mary had a connection to sports, too. She donated her time and talent to raising money for Figure Skaters of Harlem, an organization that helps young people train for the Winter Olympics.Tell us about a charity you support. Fried's Cat Shelter. It was started in the 1970s by the Frieds, Jewish immigrants who escaped the Nazis by coming to America in 1939. After they retired, they bought an abandoned motel in Michigan City, IN, and turned it into a no-kill shelter for homeless cats. Their time in Germany taught them, "To save a life is more in conformity with God's law than to kill." Every cat who enters Fried's is guaranteed a home for life, whether with an adopter or in loving care at the shelter.
I learned about Fried's from my favorite uncle. He was a Vietnam veteran, and because of his combat experiences, the Fried's story and especially their message about saving lives touched him. Even though he's gone, I still celebrate my uncle's birthday (September 25) and just sent Fried's Cat Shelter a donation in his honor.
6) There's a children's playground in New York's Central Park named for the last surviving member of this trio, Diana Ross. It has swings, slides, a rope bridge, and a fountain that kids are welcome to splash in. If you were suddenly little again, which would you play on first? The swing. No doubt.
7) Diana owns an estate in Greenwich, CT, with lush gardens, a tennis court, and a pool. While the grounds are spectacular, she maintains the house itself is "nothing special" because the kitchen hasn't been renovated in more than three decades. Could your kitchen benefit from a makeover? Or are you fine with it as it is? I am fine with it as it is. If I was looking to sell, I'd invest in superficial changes, like new countertops and cabinets. (Let the new owner upgrade the appliances.) But for myself? I don't care.
8) In 1967, when this song was popular, the best-selling camera was The Polaroid Swinger. When did you most recently take a photo? What was it of? A Moscow mule. Last Friday the weather was so perfect I celebrated with an outdoor lunch at my favorite restaurant. Just me, the sunshine, good food and a good book. BLISS! 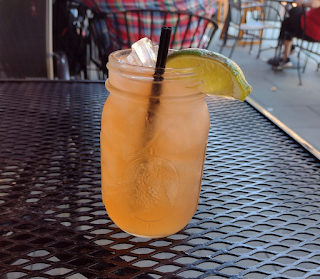