1. Do you prefer winter or summer? Why? I like snow. I like my sweaters. On the other hand, I like baseball and my sandals. There's beauty in all the seasons. (Though I really can't stand hot weather. Truly, I'm miserable as the temperature climbs above 85º.)


2. What are your favorite winter activities? I enjoy walking in the snow, looking at snowmen, listening to children playing. Kids get the glory of snow in a way adults don't. 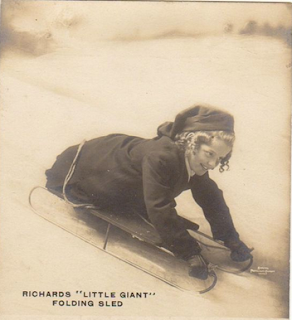 3. Can you tell me about a time you went skiing or skating? No, thank you. I suck at both
and don't have many good memories.

Now sledding! I loooooooved sledding! My favorite uncle would take me, my older sister and cousin. My oldest friend's dad, a lovely man, would take her and me, and often my older sister. Gliding down the hill like the wind! Dragging my sled back up while pretending my nose wasn't running. I treasure every moment.

4. Have you ever made a snow angel? Of course!


5. Is your house cold? Seldom. My place tends to run on the warm side. Today, the mercury outside hit 23º and I had to crack my living room and bedroom windows.

6. Do you have a fireplace in your house? No.

7. What do you usually do to keep warm in the winter? Down coat and long johns. I have an aerosol water repellent and I spray my boots liberally every day. Cold, wet feet are the worst!

8. Have you ever gone hiking in the snow? I consider them long walks.

10. Have you ever looked at a snowflake carefully? Only in pictures.

11. Do you have a sled? Have you been sledding? See above. Obviously I don't read these questions before I start answering.

12. What do you usually do after a big snowfall? Hibernate.

13. What’s the best thing about winter? Snow! Christmas! My holiday trip to Key West (I love those guys)!

15. Have you ever been in a blizzard? Oh, yes. We're getting socked now. There's 11" on the ground now, and it's supposed to snow even more this morning. And in 2014, we got 18"! The grandddaddy of all Chicago blizzards was The Big Snow: 23" when I was 9 years old. They are all quite thrilling!

16. Can you describe ice for me? Smooth, slick and cold.

17. Have you ever slipped on ice and hurt yourself? In 2012, I slipped on my neighbor's driveway and landed on ass. Hard! For some reason the landing made a deafening noise in my ears. I went to the ER, and a CT scan confirmed I was OK. (I love having good health insurance!)

18.Have you ever had to shovel snow? Oh, yes. I sometimes think that's why my parents had me, so they could send me out with a shovel.

19. Will you be watching the Olympics? No.

20. If yes, what are your favorite events? Shrug.

When baseball and Peter Frampton collide

I went to a community rummage sale today. It benefited several local charities. I was in search of a denim jacket, as mine is quite the worse for wear. I was unsuccessful, but instead found a black and white Liz Claiborne sweater.  I think it originally sold at JC Penney for about $35* and I got it for $3.

Next week I'll be in the office all five days -- no more work from home -- and it will make me happy to wear something new (or at least, new to me).

*Though isn't everything at Penney's always on sale these days?

Today is my friend Reg's 60th birthday. He denies it with a full-throated insistence that he's 59. (Again.) Oh well.

It's not the lying about his age that bothers me. It's the depression that has accompanied this birthday. According to Henry, he feels bad about his life. They are heavily in debt. Their home is in bad shape (no a/c, no dryer). They are down to one car, and it's not new. The trip they took to Puerto Rico last fall was the first vacation they'd been on in years. (It's important to note that, between them, Reg and Henry work three jobs. Their financial hardship is not due to lack of effort!)

Reg cancelled his own birthday dinner and went to bed at -- get ready -- 5:30! I tried calling to wish him a happy day and cheer him up, but he was already asleep, and Henry was in tears of frustration.

He loves his husband so much. They have been together more than two decades and have shared so much. It makes him sad that Reg values himself and his life so little.

It sounds so sad when Henry says it of Reg. Yet I could say all the same things about myself that Reg says. Crappy home, dead-end job, insufficient retirement account. Add to that -- I don't have a successful romantic relationship of 20 years+. What does it all mean? What's it all been for?

But today wasn't about me and my existential woes. It's about Reg. So I began listing all the furry lives Reg has saved -- beginning with the beautiful collie, Toby, who had been abandoned by the side of the road because his hips weren't perfect and he wasn't breeding material. We came up with the idea that, if Reg wants to "leave something behind," when he dies the obit can say, "in lieu of flowers, a donation to the Key West SPCA." I know, it sounds like a bummer here, but it made Henry happy in the moment. And that's what was important.

But the call left me so drained, I took a nap. Even though my taxes still aren't done, and I have a quick turnaround freelance project waiting for me.