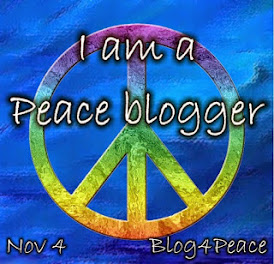 I live in a city that awash in illegal guns and blood. I'm scared, angry and oh-so tired.

Let's look at one weekend in Chicago. One very average weekend. No major events, like a street fair or a concert. The weather wasn't hot, so we can't say our neighbors were "crazy from the heat."

Between Friday and Monday, 44 people here were shot. To put this in perspective for you, 33 were shot in Columbine. We have a Columbine here, every weekend.

Here are the dead:

•  On Friday, a 32-year-old man was DOA at Stroger Hospital. Shot in the chest.

•  On Saturday, a 45-year-old man was shot in the torso on the sidewalk near his home. He died hours later  at Mount Sinai Hospital.

•  No rest on Sabbath. On Sunday, a 30-year-old man was found unresponsive in an alley. He'd been shot in his arms and stomach. He was pronounced dead at University of Chicago Medical Center.

Here's a geographic representation of the total carnage. The placemarks in green had more than victim. 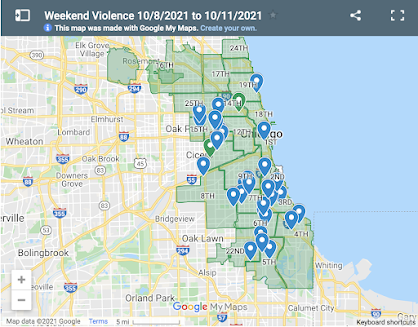 •  We need federal gun laws to help stem the flow of illegal guns from neighboring states.

•  We must help police and banish the "snitches get stitches" mentality.

•  Let's abandon the Second Amendment paranoia. Gun owners survived 8 years of a Clinton Presidency and still possessed their firearms. Obama didn't take them away, either, now did he? Neither will Biden. Replace the panic with commonsense solutions.

Bring peace to our streets!

LEARN MORE ABOUT BLOGGING FOR PEACE HERE.
We're a community of writers who believe words matter.