And the award for "Best Performance by a Smile" 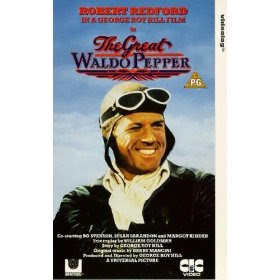 No one in the history of film has ever flashed a more effective, more seductive insincere smile than Robert Redford. The teeth are too perfect, too white. It's such a bright smile it looks like Redford probably had a plutonium milk shake for lunch.

He uses his smile to terrific inauthentic effect in The Great Waldo Pepper (1975). His character is alternately called a "con man" and a "four flusher," and yet when he flashes that smile, you like him in spite of it. You know what he is, and yet you can't help but be charmed.

Tom Sizemore is creepy and scary 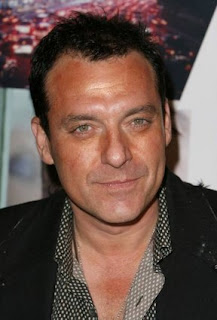 I'm watching VH1's Celebrity Rehab and he checked in with heroin and Viagra. He's dirty and menacing and unreliable and actually exploited his desire to see his children as an excuse to go out and use.

I don't know why I'm watching this -- it's just on as I run up and downstairs to do my laundry -- but it helps emphasize how good Jeff Bridges was in Crazy Heart. He's disciplined and together enough to merely portray the tragic life Sizemore is living.
Posted by The Gal Herself at 1/31/2010 05:58:00 PM 2 comments: