It's a new day 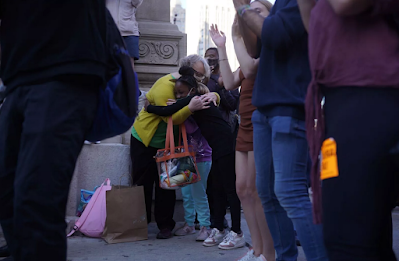 There were many spontaneous celebrations Saturday, wonderful release valves for the relief and joy of the election outcome. Here's my favorite photo (courtesy of the Sun Times). It's on the Wabash Bridge, just past Trump Tower. Last Tuesday we did more than vote out a divisive bully. We voted in the first female VP of color.

1. What’s something no one wants to hear but everyone should? To be told you're wrong. Everyone is occasionally, but no one enjoys hearing it.
2. What’s the most annoying animal you’ve ever encountered? Henry and Reg's late dog, Nikko. Geez! That collie mix really was obnoxious. Every time you entered or re-entered the room (even if you had just gone to the bathroom), he'd bark and jump on you. He also humped the other family dog all the time. I know it wasn't Nikko's fault -- Reg and Henry should have disciplined him -- but he was unpleasant to be around.
3. How much does language affect our thinking? I'm not sure I understand the question. Do you mean "language," as in word choice? Or "language," as in Spanish vs. French? I suppose my questions about this question illustrate something, but I'm afraid I'm not clever enough this morning to come to any profound conclusion.
4. Do you prefer to watch movies in the theater or in the comfort of your home? I dearly miss going to the movies! I hope that, when the pandemic is over, my local movie theater has survived.
5. What topic could you spend hours talking about? The mid-20th century. I really think we experienced a Renaissance from the mid-1950s to the mid-1970s.
6. If you could run away from it all and start fresh somewhere new, would you? Good question! I admit I fantasize about it a bit whenever a "witness protection" scenario presents itself in a movie. I wonder how I'd fare with a completely clean slate. Have I gotten wiser? Or would I just make similar mistakes in a new setting?
7. What’s the most polarizing question you could ask a group of friends? Anything related to religion. People who believe tend to proselytize, which is tiresome, and people who don't can sound smug, which is annoying.
8. Do movies have the same power as books to change the world? I think movies are more powerful because they are easier. This answer makes me a little sad. 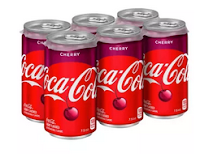 9. What would you rate 10/10? Cherry Coke. It's my official beverage of the pandemic. I went decades drinking nothing but Coke -- except at the office, where Pepsi was free and, therefore, more delicious -- but now I like Cherry Coke. Go figure.
10. What are you really good at, but kind of embarrassed that you are good at it? I am good with dogs and cats. Being unmarried and childless, I know that plays into the dotty cat lady stereotype, so sometimes I keep it to myself. And then there's my knowledge of the electoral process. Some of my coworkers were surprised last week when I told them which local official's website to ping if they wanted to confirm their vote-by-mail ballot had been received and processed. I thought knowing this was just part of being a responsible voter, but apparently having the information on the tip of my tongue makes me a nerd of a high order.
11. Who do you go out of your way to be nice to? The homeless, and people struggling with the door at my local Chase Bank branch. (Of the two doors, only the one on the left works. After swiping their ATM card for access, I've seen many become frustrated and stymied when they hear the click, pull on the door on the right, and remain locked out.)
12. What problems will technology solve in the next 5 years? What problems will it create? Oh, hell, this is way beyond my paygrade.
13. What from the present will withstand the test of time? Indoor grills. They make healthier eating so much easier for the culinary challenged among us. (Like me.)
14. What movie would be greatly improved if it was made into a musical? Rebel without a Cause. I don't know how a musical version would work, but it's one of those classics that I simply cannot stand. Maybe I would like it better if the kids broke into song, like in West Side Story or Grease.
15. What is something common from your childhood that will seem strange to future generations? 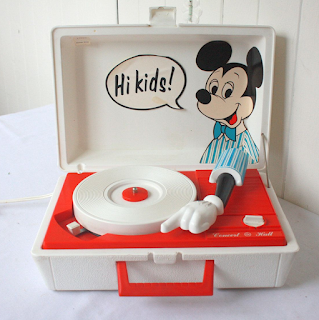