1. What are you currently reading? Conversations with Kennedy by Ben Bradlee. Have you seen The Post? Tom Hanks plays Ben Bradlee of The Washington Post. (If you saw All The President's Men, Bradlee was played by Jason Robards.) Before he was the editor of The Post, Bradlee was the Washington Bureau Chief for Newsweek. He and his wife lived next door to Senator John Kennedy and his wife, Jacqueline. The twp couples became fast friends and their friendship did not end when JFK moved into the White House. This is a very personal memoir of their time together -- in Georgetown, in The White House, at Hyannis Port and Camp David and Newport.

I originally read this when I was in high school and was entranced. The Bradlees were tight with the Kennedys and saw them as few did. The President on these pages is cool and sensitive, and defensive and vain. Funny and occasionally vulgar but never cruel.

Today, the book -- published in the 1970s about events that took place in the 1960s -- sometimes gets bogged down in minutiae about events simply not relevant today. And it brings up disturbing questions about Bradlee's relationship with his former neighbor. I was bothered by what was on the record vs. off the record, and question how a journalist could possibly be objective covering a politician he clearly loved.

Still, it's a joy to read about a President who was clever, caring and curious, even in his private moments, when he didn't think his thoughts/actions were being recorded. And he seemed to relish the job and life in the White House, an enthusiasm the current resident doesn't seem to share.

2. What did you recently finish reading? X by Sue Grafton. This is the first Alphabet Mystery I touched since hearing of Ms. Grafton's death, and as I was reading I was keenly aware my time with Santa Teresa detective Kinsey Milhone is soon coming to an end. So I wished I liked this book more.

Kinsey is juggling three different mysteries at once: first, a woman who wants Kinsey to help her find the baby boy she put up for adoption a quarter century ago; second, tying up loose ends in a case left unfinished by a recently deceased colleague; lastly, figuring out what exactly is up with those annoying new neighbors of hers.

Only one of these mysteries is completely solved, at least to my satisfaction. And that left me feeling vaguely irritated. But upon further reflection, I realize that this book isn't so much about what happens, but Kinsey's reaction to what happens. Life has left our girl more contemplative, less cynical. I'll be interested to see how she continues to evolve in Y is for Yesterday, which is now, sadly, the last book in the series.
3.  What will you read next? Maybe another biography? Or a mystery. My TBR pile is stacked high with both.

Here's an update on Napoleon and his family:

First, Napoleon has gotten soooo big! Now that the mercury has risen above freezing for a few days in a row, Napoleon has shed his red winter coat. Made for a chihuahua, the coat is really too big for him and when he's got it on, his head looks so tiny. Without it, I see that at, nearly 8 months old, he's a fully grown cat. And a burly one at that! If he was a high school student, he'd probably consider trying out for the football team.

Randi got the job! I haven't seen her since her big interview, but her husband reports she has been hired as a salon receptionist. She starts this weekend. It's minimum wage, for now. But after she studies up and passes her boards, she'll be welcome to start doing hair there, too. The salon owner was very impressed by Randi's references, and is eager to help her get back on her feet. Caleb says she needs a text book that sells used for $17 and new shoes. I resisted opening my wallet, instead dropping a dollar bill into his cup. I don't want them to depend on me financially. I can't afford it, and besides, I may not be working in the building on that corner much longer.

Caleb has the blues. He drives a forklift for 4-hours overnight, as many nights as they will give him. (Though it's never 5 days in a week, because they don't want to pay him benefits.) Then during the day, he panhandles on the wet, wintry corner. He's tired, and he's getting discouraged. Yes, they have a lead on a room in a home in Boystown. But the man who owns the home is something of a jerk -- he doesn't want to rent to gays, he doesn't want to rent to blacks, so he thought he'd be happy with married and white Caleb and Randi.* But now he wants to charge them weekly, not monthly, which means he can decide each week whether he'll let them stay.* Caleb can help him by working on the house, so that's a point in their favor. But they haven't even moved in yet, and the old guy is already changing the rules on them.

To cheer him up, I brought him a Harry Bosch mystery. I don't know if they're any good, but I do know they're popular. And Caleb goes through books so fast, I swear he eats them!

*Yes, Chicago and Illinois both have ordinances that make this illegal, but then, this is an illegal rental. I'm learning that the unscrupulous will exploit the homeless.
Posted by The Gal Herself at 1/23/2018 10:46:00 PM 2 comments: 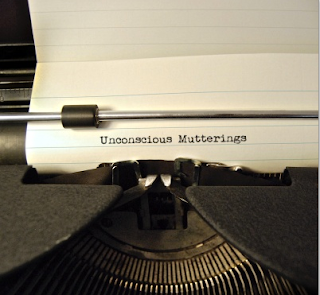 I haven't played this free-association meme in years and years. But today it seemed like a good idea. 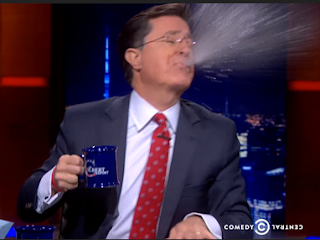