1. Describe the best job you ever had and why was it good? (If it was awful, tell us about that instead.) I had my best job between 1996 and 2002. It was great because that advertising agency was run by a great man. It was a real privilege to know and work for him. He demanded good work from us and I was inspired to do my best because of his example. He was a man of integrity and compassion who put The Golden Rule into practice. He died almost a year ago, and this is what I wrote when I heard the news.

2.  How did you learn to do your job? I'm a writer, and words have always come easily to me. But I've also been lucky to have some very good teachers. One boss, Ed, taught me that writers have to be concerned with formats and layouts, too, and work closely with our art directors if we are to get the message across. Another boss, Barb, taught me how to balance art and commerce. I'm not paid to serve my muse; I'm supposed to serve my client.


3. You are now in charge of your town's public relations committee ... Tell us why we need to move to your town. We work hard making everyone feel included and welcome. The following sign appears all over town (though not all lawns look this good). 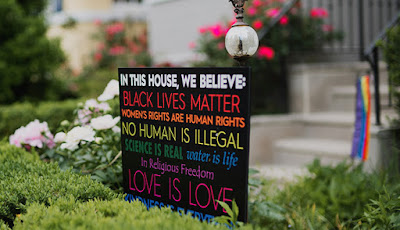 4.  It's lunch time! Build your perfect sandwich for us ... What's in it and on it and what's in our cups? How about ham on wheat? With mayo, lettuce and pickle slices or relish. Potato chips on the side. I'll have ice water or a Coke with my sandwich. 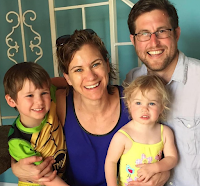 Two sad news stories caught my eye this past week.

Maeve McKean and her son, Gideon, were lost in Chesapeake Bay. Maeve was the daughter of Kathleen Kennedy Townsend, the oldest child of Robert and Ethel Kennedy. Gideon was her 8-year-old son. Because of the pandemic, the Kennedys can't mourn together. Because they're Kennedys, they can't mourn privately anyway. Friends and neighbors have hung home made cards on the trees outside the family home, and the Kennedy clan held an online prayer service in memory of mother and son.

Maeve's mother, Kathleen, is a favorite of mine. She was the first grandchild of Joe and Rose Kennedy, yet no one expected her to to go into the family business because, well, she's a girl and girls born in 1951 didn't get to have political careers. Kathleen showed 'em. In 1994, she ran on the ticket with Parris Glendenning and was Lt. Governor of Maryland for 8 years.

Kathleen -- born on the 4th of July -- actually knew her Uncle Jack and father (who lovingly nicknamed her "Clean Kathleen" because she was such a good girl). She was 12 when President Kennedy was assassinated, and just shy of her 17th birthday when she lost her father. She has worked her entire adult life to be a credit to their memories. Today, she's on the faculty of Georgetown University and a member of the Points of Light Foundation (started by President George H. W. Bush). And, because she's a good Kennedy, she's a fundraiser for the Democratic party.

Clean Kathleen has been married more than 45 years to her first and only husband. I hope they are a comfort to one another at this awful time. 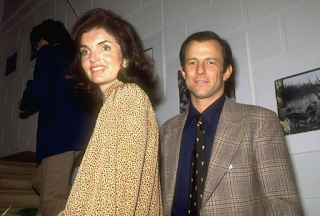 Photographer Peter Beard is missing. He loved Kenya and became well respected for his photos of elephants and big cats. In 1969, his work was championed by JBKO, who invited him to Skorpios. He babysat John Jr. and mentored Caroline in photography. He also had an extra-marital affair with her sister, Lee, which reportedly ended badly. But he and Jackie remained friends until her death.

Some of the Jackie O glitter rubbed off. With his good looks and talent, he became a member of the jet set, hanging around with Andy Warhol, Truman Capote and Mick and Bianca. He was married to model Cheryl Tiegs.

He was more than just handsome and glamorous. Karen Blixen and Salvador Dali were as enamored of his work as Jackie had been.

Now 82 and suffering from dementia, he disappeared last Tuesday from his Montauk home. K-9 units and drones have searched for him, but so far, no luck.

I have hopes that this survivor of the wilds of both Africa and Studio 54 is still all right somewhere. After all, Peter Beard was once gored by an elephant and lived to joke about it.