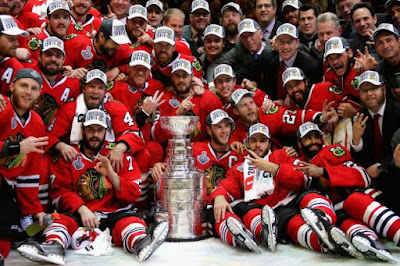 I watch one hockey game all year, and look what happens.

Yes, I am taking credit for The Cup. 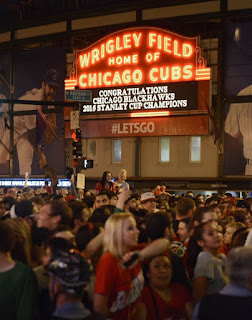 While this certainly was exciting, and I'm very happy for genuine Hawks fans, something happened spontaneously last night that I found fascinating. After the game, literally thousands of fans went out to party. But they didn't go to the United Center, the Madhouse on Madison, where the Hawks reigned victorious.

The congregated on the North Side, in front of The Friendly Confines of Wrigley Field. Home of my Chicago Cubs. It's as though the victory wasn't real until it was announced on the marquee.

I think this tells you where this city's heart is. Yes, we're cheering The Hawks. But what we're really waiting for is the moment when the team we love finally, finally comes through for us.

But I'm a kid at heart 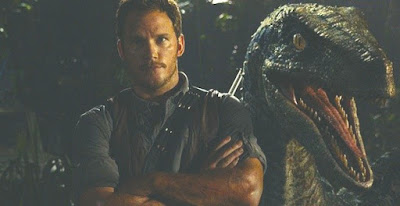 I enjoyed Jurassic World. Yes, it's a silly and completely implausible movie. A kid's movie, really. But if you read this blog regularly, you know I'm not always that mature.

First of all, the movie velociraptors are really neat. They are smart and fast and devious and quite communicative. (My cat Reynaldo moves a bit like the movie raptor.) And Chris Pratt is the coolest guy I've seen on the big screen in a long time. He should be in every movie.