They have sharpened my awareness

Homelessness in Chicagoland is not a new thing. It's been a problem dealt with -- with varying degrees of success -- across my lifetime. And yet, it's not something I've thought about very often.

Oh, I've always given my change to those I pass. I made a point of teaching my niece and nephew to always, always make eye contact with those on street corners, and speak if spoken to ("No, I'm sorry" if you can't give or "Good luck" when handing over coins). I believe acknowledging their humanity is important. Part of it is my Christianity. I don't write about it often, but my faith is a major influence on how I see the world, and I try to be more compassionate because I try to live as He wants me to.

But the reality of homelessness has eluded me. I worry about being unemployed, broke, and having to go to the local food pantry. I've looked into the faces of those waiting to get their allotment of groceries and it's sobering. Whenever there's a major storm, I worry about abandoned or stray cats and dogs, confused and in danger and in search of shelter. But I've never actually put myself in the place of a homeless person.

Since getting to know Napoleon, I now do.  The family -- kitten Napoleon plus "parents" Randi and Caleb -- lives on what can be made panhandling. I've learned that they must raise $46 to sleep indoors in a shelter that both allows pets and has shower facilities. There are free shelters, but they often require you to check your belongings when you enter, and often those items get stolen. Or they don't allow pets, and there's no way they are going anywhere without Napoleon. Or they can't bathe. Rather than stay in one of those places, they sleep in their tent. 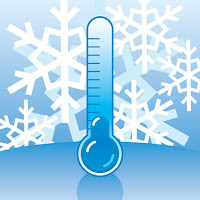 We've been enjoying unseasonably warm weather lately. Usually, that would annoy me. I like four seasons, and it's Christmastime! A little snow would make me smile. But we're heading into a cold snap. No cheery snow, just gray skies and falling temperatures. What does this mean for Napoleon and his family? Will they raise the $8/hour they need to sleep indoors? Or will they be stuck outdoors in the cold and damp?

I'm glad that, before I left for Christmas break, I gave them a stocking that included extra socks and gloves. Just in case they need to layer, or replace the ones they wear that get wet.

I'm a better person for knowing Napoleon and his people. Let's see how this manifests itself in 2018! What will I do to become a more thoughtful person going forward?