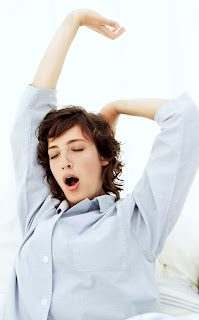 Napping! Yes, indeed, I took a 90-minute nap on the sofa. I don't feel guilty. I enjoyed it.

Oh, I also went to the bank and my neighborhood coffee shop. After I indulged in bacon and eggs while reading my massive but thoroughly enjoyable Al Capone biography, I discovered I'd left my wallet at home. I was sooooo embarrassed! The owner happened to be working the counter, which made me happy because I didn't want to put my waitress in the sensitive position of figuring what to do with me. I was prepared to leave my cellphone as "collateral" while I ran home (I live about two blocks away). She told me not to be embarrassed, not to race home. "You will pay it when you can." I so appreciated her kindness that after retrieving my wallet from my kitchen counter at home, I paid it forward by giving a homeless person whatever change I had and then buying Streetwise from the vendor in front of the bank.

The bank was eventful because I went to my safety deposit box to get the savings bonds I've purchased for my nephew's college fund. I give him $100/year in Series EE Bonds. I did the same for my niece. By the time he graduates from highschool, the $1800 in bonds he gets from me will be worth about $2000. My 12-year-old nephew let it slip that his mother -- my darling kid sister -- wishes I would just give them money instead of savings bonds because bonds are "so hard to do anything with." Her staggering lack of gratitude annoys me. On the other hand, it made me smile because I don't want HER to do anything with those savings bonds. They're for the kids! And this Memorial Day weekend, I'm glad that I invest in US Savings Bonds instead of "just giving them money." So there! 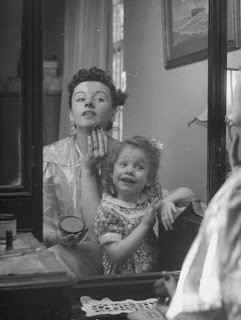 I realize part of what has been weighing me down (figuratively -- as opposed to my big belly, which accounts for my literal weightiness).

I love her. She's very dear to me. As she gets older and I realize our time together is running short, I want very badly for everything to go well between us.

But it can't. At least not comfortably. Because we are very different women.

I realize that my mom has always fixated on appearances. Some people -- like my girlhood friend Judy or my niece's friend Lana -- cause her to say, repeatedly, "I'm sorry to say this but she's so ugly." To which I have always replied, "So ugly people don't get friends?" And she shakes her head and clucks because I'm so "mouthy" and just don't "get it."

Some people are homely, but so likable she's almost able to forget about it. Most notably my late father's former business partner, Joe. Every time we saw him growing up, my mom would say, "Isn't Joe friendly? He's so nice that at first I didn't notice how really ugly he is."

Conversely, she dislikes my cousin's husband because he's so good looking that he must be a vain snob who looks down his nose at people. Because she's never heard of carpal tunnel syndrome, it must be a "made-up disease" that he uses as an excuse to get out of doing work that will leave him all sweaty and not so handsome. When she complains about my cousin's husband, I have busted her for being "The Goldilocks of Good Looks." You know, this one is too ugly, this one is too pretty, we need to find someone who is just right. This is also met with tsk's.

When I told her about some Facebook exchanges between an aunt and cousin on my dad's side of the family, she said, "Oh, your aunt never liked Cousin Sandy because when they were girls, Sandy was so pretty and your aunt was 'beyond fat.'"

And it nags at me that while I believe my mother loves me, my appearance embarrasses her. Until the last five years I had a good shape. But even then, she's made it clear to me that my older sister is "the pretty one" while I am "cute but not what you'd consider pretty." So now that I'm fat, is she ashamed of me?

It hurts to think this. It also hurts to admit that when it comes to physical appearance, my mom is so very shallow. It's something I just don't like about her.

And since she is my mommy, and since I love her, this leaves me feeling uncomfortable and guilty and sad.

My shrink tells me that denying how I feel is not the way to handle it. That one of the stronger, healthier things about me is my insistence on seeing things as they are. She tells me that it's OK to admit that my mother isn't a deep thinker. She probably would have been happier with a more conventional beauty, a more conventional woman, for a daughter than I am. So the discomfort I feel about our relationship, she probably wrestles with too -- separately but equally.

Instead, I should try to make peace with these feelings by accepting them, and then concentrating on the good things that I got from her -- mainly my love of animals. And if you read this blog with any regularity, you know what a big part of my life that is. I have my mom to thank for that.