I had a weekend with nothing on my calendar. I had looked forward to doing a lot of housework ... to accomplishing something. Anything! And none of it happened.

I slipped on some mud Thursday night. My left foot twisted around in my boot. The result was a bruise on the top of my foot and it made it very painful for me to bend my toes. Trust me, you can't walk without bending your toes. It was stupid. It was embarrassing. It left me filled with self loathing -- and over-the-counter painkillers.

Saturday I was not at my best. My energy did not match my ambition. I got up early, went to the vet and picked up Reynaldo's prescription food, took myself out to breakfast and did a little grocery shopping. I started to lag and promised myself a nap. After all, I was a little dopey and walking had been difficult -- my calves began to hurt as I walked differently to compensate for the toes on my left foot. I made a bargain with myself: I'd allow myself a nap Saturday afternoon if I then spent Saturday night doing laundry. 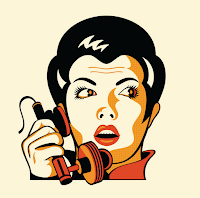 Then Henry called. He was miserable about ... everything. Apparently he was mad at his coworkers for the way they treated him during his seizure on Thursday afternoon. He was mad at Reg for not asking the right questions at the hospital.

Whoa! I told Henry he has to get over this being mad at Reg bullshit. Henry is responsible for Henry.

"But he is my husband! He is my partner!"

I pointed out that I don't have a husband. I don't have a partner. I am responsible for my own care, just as Henry is responsible for his. It was one thing immediately after the accident, when he was unconscious. But now? I asked him if he knew what drugs he was taking and what they are for. He does not. Reg puts them in little baggies for him marked "AM" and "PM."

I told him if he doesn't want to be "treated like a child," which he complains of often, he has to stop acting like one. Get the pill bottles or, better yet, the print outs attached to the bags by the pharmacy. Research what you are taking, the interactions and the side effects. Stop blaming Reg and educate yourself!

I know I'm right, but I began to feel like I was beating him up. So I asked him why they thought he had a seizure. "It was my brain recovering from the accident."

"So you did have a brain injury of some sort?" This was crucial. Henry has always maintained that he does not have TBI.

"No. It was the shock of the accident."

Sigh. I told Henry that does not make sense. That people who received "a shock" do not have seizures 70 days later. I told him I was not mad at him, I was not accusing him of anything, and that I doubted his doctors were telling him the truth.

This, of course, was a lie. But I didn't want him to feel like I wasn't on his side. So I painted his doctors as the bad guys.

We went round and round about semantics. I thought it was revealing that Henry substituted "neurological" with "mental." Clearly, he worries about being crazy. My heart breaks for him. I know how vulnerable he must feel, how embattled. I tried another tack.

I told him that, while I don't want him to divorce Reg and leave Key West, I want him to be able to. I want him to have the strength and ability to do whatever he decides is right, and he can't do that if he isn't well. He can't get well if he doesn't know what's wrong.

"Do you know you have never once asked me how I am?" I asked. "Reg is mean. Your coworkers are mean. The hospital was mean. All you, Henry! How long is our relationship going to be all about you? I'm in this, too!"

He surprised me. He went from angry and self-righteous to sweet. "I am sorry. That is true. I am sorry. I love you."

He was my sweet Henry again. He's still in there somewhere.

After 2.5 hours of this, I was too tired for laundry. I was too tired to think. I was in bed for the night by 9:30.  Sunday I felt a little better, but still run down. All I managed to accomplish today was laundry and new laces for my tennies. I even fell asleep during The Golden Globes!

I have to learn how to better deal with Henry. I am letting it deplete me. I'm no good to him if I get short tempered and angry. I'm no good to myself when I'm running on empty