I need a break

Part of her cruel shot across the bow stems from how she has always felt about John, who is gay. Because John and I have always accepted one another as we are, our relationship is very comfortable, while his and Kathy's is fraught with disappointment and thwarted, one-sided sexual tension.

To make matters worse, Kathy's made some bad choices that left her feeling very competitive with me. When we first met, she was a single mother in her 30s and I was in the wildest phase of my 20s. We were both copywriters and she looked upon me the way people look at puppies who haven't quite grown into their paws yet. "Oh! Look at her antics! Isn't she cute!"

Then, right around my 30th birthday, I began taking myself seriously as an advertising writer. I won a couple of prestigious awards and started looking at each new job as a wrung in the ladder. I wanted a career, not a paycheck. This is the time when she decided to go out on her own, representing herself as a free lancer rather than working for an agency.

Kathy said there were no hard feelings, but there were. She resented me, or was embarrassed, and that's when the digs began. I was building a niche for myself as a financial writer, and that was fine for ME, but she was too creative. She couldn't be bound by all those restrictions. She was an artist, really, and was happier pursuing her own, more varied clients. OK. Whatever. I wanted to do a good job, and in a very Becky Bloomwood twist, financial writing actually comes easily to me (even if my personal finances don't).

Shortly thereafter, Kathy had to file for bankruptcy. She made an innocent but incredibly costly mistake on her taxes. The IRS didn't penalize her, but they did insist she pay back taxes with interest -- after all, ignorance of the law is not an excuse. She started having painful, menopause-related medical problems then, of course, when she had no insurance.

It was at this time she began teasing me because I have a dentist (whom she went to in an emergency when she was in more than a little pain) and a GP and gyne and a shrink.  It's OK for ME to run to the doctor and take medication whenever something bothers me, but she chooses to become more in touch with her own body, listen to it, etc., without becoming a puppet of the medical establishment. I avoid saying, "What you're really saying is that you're pissed that I have insurance and you don't." But it's hard.

So she took a job at a local supermarket. In the bread department. She went in planning just to log enough hours to qualify for insurance. But it turned out to be much more than that. Kathy was in her element. Because by now she was over 50 and a grandmother, she was more mature than a lot of the other checkers and stock people in the store. She was soon a manager, in charge of schedules and new employee orientation, etc. Then she became the store's liaison with the community -- scheduling the charity "shop and share days," making sure that the store was fair to all the Girl and Boy Scout troops when it came to selling out cookies or popcorn out front, giving tours of the store and explaining the value of organics to school children or cooking classes. She was happy and she felt she was contributing.

The store was suddenly under new management, and Kathy had a hard time adjusting. That's when she decided to be her own boss again, so she went into real estate. She lost her group insurance benefits with this move, but she thought that with menopause her health problems were behind her. Besides, real estate was the new dot-com. Property values were rising and buyers were in bidding wars for terrific properties. How could she not succeed?

Yet she didn't couldn't make that work, either. Unable to pay rent on her own apartment, she's been sleeping in the dining room of her adult daughter's house. (I bet her daughter will be thrilled to hear that vibrator humming in her dining room, huh?) Her daughter wouldn't allow her to bring her two tabby cats along, so I found her a shelter that would "foster" them, free of charge, until she could reclaim them. The cats came down with a virus and died. Because of her tenuous finances, Kathy is unable to repay the shelter for the vet bills her cats ran up. I have kept quiet about this because I know her grief. But there's something crummy about sticking a charity will an expense like that. 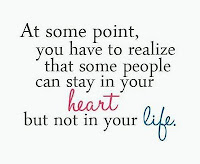 So that's how her life looks at 65. And, even though I'm a big fat moo-cow, she still feels the need to compete with me. Lash out at me. It's mean and it's hard to take.

I can't do this anymore for a while.

I'm inspired by this, something I found over at Snarky Pants' ages ago. I'm not going to play with Kathy anymore. Not for a long while.

51) Do you tend to hold grudges against people who have done you wrong? Yes. If grudge holding was an Olympic event, I'd bring back the Gold.

52) What is your astrological sign? I'm a cusp baby, so whether I'm a Scorpio or Sagittarius depends on where you look.

53) Do you save money for anything? What? Something (albeit not enough) from each paycheck goes for retirement.

54) What's the last thing you purchased? A t-shirt for my nephew.

55) Have you ever had a relationship that you realized was lust not love? Yes. In retrospect, I'm not even sure he and I liked each other.

57) How many relationships have you had? Three or four of consequence.

58) What do you want to tell us about your day? My friend Kathy gets on my last nerve and sometimes I don't think she's worth it.

59) Where were you yesterday? All over town. It was a busy Saturday. My accountant, my insurance agent, and a birthday celebration for the aforementioned Kathy.

63) What is your secret weapon to get someone to like you? Do I have one?

64) Where is your best friend? Denver. He's a frequent subject of this humble blog. I refer to him, creatively enough, as "My Best Friend."

65) How did you end your last relationship end? Badly

67) What were you doing last night at 12 AM? Watching TV and wishing I could sleep

69) What is the key to seduction? Liking the opposite sex

70) What was the weirdest thing that happened to you this week? My friend Kathy said something that was either insensitive or intentionally cruel. Sometimes I wonder why I bother. She and I have known one another for decades. I'm going to have to think about this and work through this before I do something I may regret later.

71) You are walking down the street on your way to work. There is a dog drowning in the canal on the side of the street. Your boss has told you if you are late one more time you get fired. What do you do? I get fired. Obviously.

72) You are at the doctor’s office and she has just informed you that you have approximately one month to live. a) Do you tell anyone/everyone you are going to die? b) What do you do with your remaining days? c) Would you be afraid?   a) Yes b) Whatever I damn well please. c) Of pain? Yes. Of death? Not so much.

73) You can only have one of these things: trust or love. Love

74) What's a song that always makes you happy when you hear it?


75) Who has your cell phone number (other than family)? Friends and coworkers and my dentist's office