Sunday Stealing: The Over the Top Meme

Your mother? Doing better, thank you.

Your father? Died almost 20 years ago.

Your dream/goal? To restore order to this messy condo!

The room are you in? Living room

Your hobby? Sitting on the sofa, farting around on the Internet

Your TV? Showing a Man from UNCLE rerun

Friends? Quite an eclectic collection!

Your life? My own, thank you very much.

If you're missing someone? Yes

Your best friend? Yes! How did you know that's who I miss?

Where do you want to be in 6 years? Sitting on a new sofa

Where were you last night? Grocery shopping

Where did you grow up? A suburb two or three towns over

One place that I go to over and over? Downstairs to the laundry room

Your favorite place to eat out? Monk's Pub. Great burgers!

Wish list items? Adam Lambert's debut CD, a nice new humidifier for the living room ... that's all that springs to mind right now. Not too glamorous, I know.

Last time you cried? At the health club Friday. It had nothing to do with my workout. It's just I had time alone with my thoughts as I strode along on the treadmill. I'm sure no one noticed.

Something that you aren't? Organized!

Last thing you did? Yelled at Reynaldo, the world's worst cat. I don't know why I bother. It seems only to amuse him, not deter him.

What are you wearing? A nightshirt that says, ironically enough, "She who loves cats."

Something you're not wearing? My watch 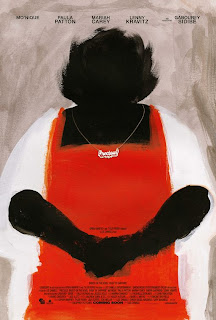 When the movie's main character/narrator, Precious, writes this in her class notebook, she broke my heart. As she considered her young life to this point, how far she had come under the worst circumstances imaginable, and how tragically unfair this latest turn of events was, she wasn't whining. She was defeated. That question, "Why Me?" was almost a cerebral question on her part. For all the extraordinary events she had gone through -- which I won't detail because I don't want to spoil the movie for you -- she began to cry that she had never even had a boyfriend. It broke my heart that she was still just 16, and that her wants and dreams were still so simple and so pure. She wanted a boyfriend.

This movie reaches in and manipulates your guts. There's only one scene of physical violence, but the language is so abusive and harsh it feels like surgery.

I won't apologize for being worried about my job and financial insecurities. I am 52 next week and am my own sole source of support. I have no relatives to lean on, and a couple who depend on me. I am scared, and would have to be beyond irresponsible to not face my situation head on and consider how to make it better.

On the other hand, I have gifts and advantages denied to Precious and kids like her. I am grateful for that, and am humbled by the reminder that, while Precious takes place in Harlem in the 1980s, I know there teens who live hopeless lives less than 20 minutes from where I sit.

I started the day watching good, old-fashioned courage and patriotism in The Fighting Sullivans. I capped the day with Precious, also an American tale of heroism. Film-making is an American artform, and I experienced two excellent examples of it today.

PS Precious got it's launch at this year's Sundance Film Festival, founded by Robert Redford. The Quintessential Golden Boy and Precious. It's hard to think of two movie characters with less in common, and yet they are tied together. I like that.
Posted by The Gal Herself at 11/14/2009 08:40:00 PM 3 comments: Links to this post

I need me some corn 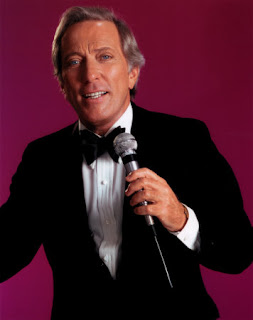 I am a connoisseur of corn. When the days grow shorter and winds blow colder, there's only one corny dish I want: Andy Williams. He always sounds so smooth and controlled and easy going. His voice means the holidays to me. Since I realize it's too early for carols, I downloaded some non-Christmas-specific Andy: "Can't Get Used to Losing You," "Butterfly," "Dear Heart" and, of course, "Moon River."

"Our boys are afloat again"

Well, this puts it all in perspective for me. I just watched The Fighting Sullivans, about the brave Iowa boys who enlisted together after Pearl Harbor, served together on the same ship, and died together when the boat went down. The story of the Sullivan family and their sacrifice was the inspiration for Saving Private Ryan.

The photo shown here is of the real Sullivan brothers, while the quote is from the movie. It's what their mother said at the christening of the ship named for her sons.

Now, if you'll excuse me, I must wipe my eyes and blow my nose.

It's that most wonderful time of the year 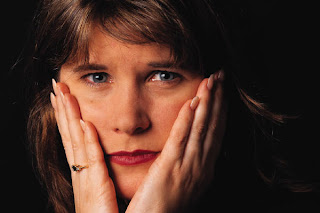 Yes, it's the 4th quarter. That time of year when those of us in advertising realize how badly our accounts have been managed all year long. There aren't enough hours left in 2009 to bill to make our retainer, which means giving money back to the client. This is a very bad situation.

I'd just begun to relax. Our agency president made no mention of Christmas bonuses but told us we'd turned a corner and could look forward to salary increases in 2010. I'm not complaining because I know this recession has been hard on everyone, but I haven't had a raise in 3 years. With insurance premiums rising, my take-home pay today is actually less today than it was last year.