Saturday 9: Daddy Don't You Walk So Fast (1972)
... Because it's Father's Day weekend.
Unfamiliar with this week's tune? Hear it here.

1) This song is about a little girl who runs after her daddy. When is the last time you ran? Were you trying to get somewhere in a hurry, or playing a sport? Like the chicken crossing the road, I was trying to get to the other side before the light turned from yellow to red. 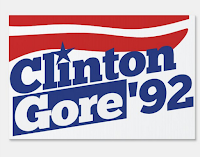 2) This song was a top ten hit for Wayne Newton. Mr. Newton is better known for his TV work, having made more than 150 appearances since 1963. Have you ever been on TV? Or in a YouTube video? Election night, 1992. I was on the local news when they showed the celebration at Bill Clinton's Chicago campaign HQ. My mom saw me and was thrilled.

3) The road leading to Las Vegas' McCarran International Airport is named Wayne Newton Blvd. in his honor. When is the last time you were at an airport? Were you flying somewhere, picking someone up, or dropping them off? It was last December. I returned from Christmas in Key West. 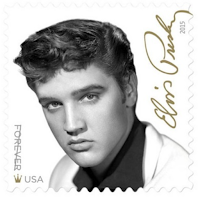 4) Wayne says Elvis Presley haunts Las Vegas, and believes that The King of Rock and Roll has given him performing and parenting tips from beyond the grave. When did you last see Elvis? On TV, on a t-shirt, poster or magazine cover, or as a ghostly apparition? It was on my way to the mailbox. I still have some Elvis stamps left, and use them when I send greeting cards.

5) When Sam walks with her own dad, the problem isn't that he walks fast. It's that he's always stopping to pick up litter he finds on the grass. Litterbugs are his pet peeve. What's your pet peeve? Space hogs. People who take up too much space. For example, we all know we're supposed to social distance between ourselves and those we meet on the street. So why, when they approach me, do some couples INSIST on still walking side-by-side? Are they so special that they won't shed corona virus germs?

6) Sam's own father often traveled for business, and always gave her the complimentary soaps, shampoos or body lotion he got from the hotel. When she went away to college, she used her collection of little bottles and was grateful for all the money they saved her. What's something you've done recently to economize? It's awful to say, but in some ways, Covid19 has been good for my budget. I eat out less and have bought no new clothes.

7) It was her father who taught Sam to drive. Are you a better student or teacher? Student. I lack patience when it comes to teaching.

8) Sam's father also always asks if her car in "tip top" condition. Most recently he reminded her to test her headlights, tail lights and turn signals while the car is parked to make sure they're all working. Do you have a car maintenance tip to share? Nope. Sorry.

9) Sam's father satisfies his afternoon sugar craving with an almost endless stream of Butter Rum Lifesavers. Do you usually enjoy a between meal snack? As I work from home, I just kinda graze all day. 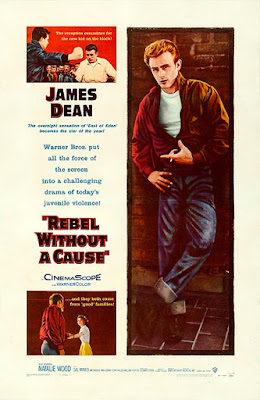 I gave it half an hour. Tonight I tuned in, stuck it out till 7:30, and reaffirmed that I can't stand this movie. I know it's a classic, but to me, Rebel without a Cause is a just a big, CinemaScope showcase for James Dean. And I don't care for him.

He's just so fucking pretentious! He's no Brando or Clift or Paul Newman, the other Method Actors of the day. He's too self conscious and insincere. What I think is meant to convey aching sensitivity just reads as narcissism to me. I've seen two of his three major movies -- that's all he made, you know -- and I can't stand him in either one. I enjoy Giant better than Rebel, but I'm not afraid to say Rock Hudson gives the better performance.

There. I said it. I can't stand James Dean. This puts me out of step with most other classic film lovers, I suppose, but there you have it.

It's liberating to announce it this way:
I can't stand James Dean!

He's always been essential to me!

I haven't heard from my nephew in a while, and now I know why. He's become a driver/shopper for Instacart, racking up as many hours as he can grocery shopping for other people during this pandemic. This makes him an "essential worker," often going to the store for those who can't.

He needs the money. While he has a free ride at Western Illinois, he still needs to earn his spending money. He had hoped to work this summer at McDonald's, as he has the last few summers, but they simply aren't hiring.

We text back and forth a lot, usually about history and politics and the Cubs. But I hope to see him soon. Now that things are opening up a little, maybe we can meet at a patio cafe somewhere. (Even though I know he's hungry for hours behind the wheel, and those wages and tips.)