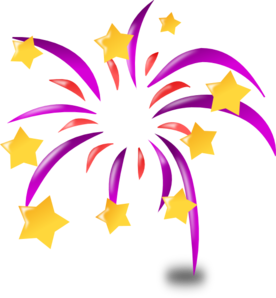 To celebrate my 200th entry, I'm going to do my favorite kind of TT --
one devoted to movies.

Twenty-five years ago we enjoyed an embarrassment of riches at the movies. Here are thirteen that gave us catchphrases that still crop up in conversation today.

3) Dirty Dancing. "Nobody puts Baby in a corner." Patrick Swayze

4) The Untouchables. "They pull a knife, you pull a gun. He sends one of yours to the hospital, you send one of his to the morgue. That's the Chicago way!" Sean Connery

8) Broadcast News. "I'll meet you at the place near the thing where we went that time." Albert Brooks

12) Three Men and a Baby. "We're going to need some kind of cleaning fluid to get this off." Tom Selleck

I want to feel it. I want to feel the energy, excitement and good will that comes with Christmas. But alas, I'm simply feeling the spirit just yet.


I miss my best friend. Last year at this time, I was toiling away on the truly terrific Christmas cookies I made for him -- from scratch! I was so proud of that gift! This year, he's unemployed and no longer has a way to fly to Chicago on someone else's tab, so we won't see one another. This leaves a terrible void.

So Santa, if you could, please deliver him to me somehow.

I want to not eat so much. I had an Italian beef sandwich, a bag of chips and a cookie for lunch and now all I want is a nap. Just because the chips and cookie are included doesn't mean I have to eat them right then and there. I have no self restraint whatsoever!

Early last month, I saw Kinky Boots with my friend John because, at the last minute, my theater buddy Barb forgot she had signed herself and her new dog up for obedience class that night. He and I had a nice time, but it resulted in a lot of agita -- a flurry of the last minute "I'll meet you in the lobby/no wait, I can make it in time for a drink after all" calls that I hate. I like my entertainment to be without agita.

A few weeks ago, I missed Sister Act. It wasn't a play I really wanted to see -- it was part of our subscription series. But I did spend over $60 on the ticket and we didn't make curtain simply because my friend Barb couldn't get out of work on time.

Tomorrow we were supposed to meet for dinner and go see How the Grinch Stole Christmas.  That ticket was about $40. I was looking forward to it. Not just because Barb promised to bring my birthday present, but because I've been trying to feel more Christmas-y and thought this would help.

Barb blew out her knee. Shit happens. I understand that. I'm sorry she's in pain and completely sympathize with how uncomfortable sitting through a 90-minute play would be. We were going to still meet for dinner and I was going to the play solo. Guess what. She just now told me she won't be able to make it. Work, again.

Next up is The Book of Mormon. I have been waiting to see this show for, literally, a year, and was very excited last winter -- yes, it was January 2011 -- when our tickets arrived. That's how hot Book of Mormon tickets are. And we had great seats for early in the run! It opens Tuesday and we'll be there Wednesday! Yea!

Well, no. After nearly a year, Barb also let me know she can't make it next Wednesday, either. She has an out of town client meeting on Tuesday and isn't sure she'll be able to make that curtain.

I'm going anyway. I'm going to see The Grinch tomorrow right after work, and instead of our high-end dinner I'll eat McDonald's, but I'm going. Same with Book of Mormon. She's sending the tickets to me by messenger.

These tickets are always expensive. I pay for them in advance. Barb makes a great deal more than I do -- her salary is double mine -- and this is one of those times when the disparity shows. I hate the last minute stress of looking for a seat filler. Not everyone can commit to being in The Loop at 7:00 or 7:30 -- not if they have to deal with rush hour traffic and or public transportation. Clearly Barb can't, either, and she works within walking distance of the theater district.

When she can walk. I feel terrible about her knee. That must really suck.

But I'm unhappy about how our 10 year-plus Wednesday night tradition is shaping up. Too much expense, too much stress. Not enough fun.