Chardonnay in a rocks glass 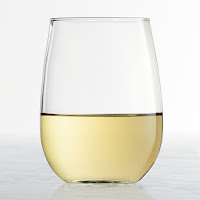 That's what my friend John drinks now. He knocked back three during his birthday dinner on Saturday.

In and of itself, that wouldn't bother me. He's been a big drinker as long as I've known him. While no doctor or nutritionist will ever say booze is good for a diabetic, at least the chardonnay is a dry wine and he was eating as drank.

What did bother me is that he arrived a half hour late and was already fucked up when he got here. He took the el out here with his friend Gregory and cousin Lori. When I met him at the station, he extended his arms and dramatically announced, "The colored people are here!"

At first that pissed me off. He knows I chose this community for its diversity. My village is 24% black/71% white. So I snapped, "If you want to shock the populace with your very presence, you're in the wrong town." Then I realized he was just a little silly and stoned. Marijuana, probably.

This doesn't make me happy, the way he continues to drink and drug even with his recent health scare. But he and I have talked about it. His cousin Lori and Gregory have also both discussed it with him. This is the way he chooses to live. He's diligent about his meds. He's making an effort to move more and eat less dairy and more vegetables. And he is not going to stop drinking and smoking pot.

I am only his friend, not his jailer. He knows how I feel. I'm not acting like the temperance league here -- after all, I had two Moscow Mules to his three Chardonnays. But I want him to enjoy a nice quality of life for as long as possible because I love him.