At Sunday's ball game, my nephew and I sat next to a family of four. Mom, Dad and two girls -- aged, I would guess, about 7 and 9. The younger one was fidgety but happy. The older one, though, she was noteworthy in her Cubs jersey with the number 17 stitched into a pink heart. 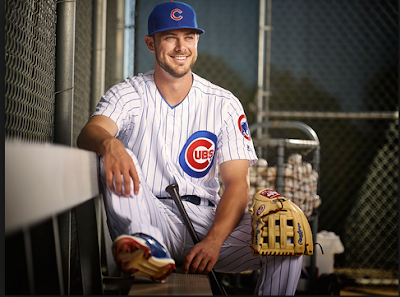 The girl's face was red and swollen. She looked ill, as though she was having an allergic reaction. My nephew was eavesdropping and got the full story: the girl just found out that Kris Bryant was still on the disabled list. Not only was he too injured to play, he wasn't even on the roster. He wouldn't start the game, he wouldn't come out of the dugout as a pinch hitter, he wasn't even in the park. There was no way she would see him at all. Just thinking of this caused a fresh torrent of tears.

The mother was beyond exasperated. She was very grumpy, even hostile, as she and the girls squeezed past us time and again, leaving their seats to go to the bathroom, to go to the refreshment stand (first for ice cream in a little Cubs helmet, then for a bowl of cubed watermelon), for souvenirs ... While Dad may have been a baseball fan, the women in his family couldn't care less about the game. Not now that HE wasn't here. 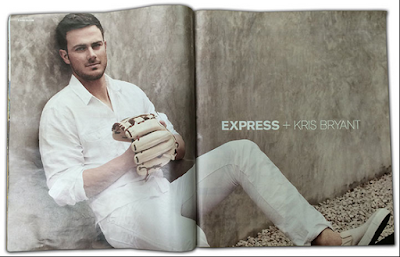 They left before the game was over, which was too bad for Dad because it was a really exciting game. But I get it. He probably didn't want to be stuck in post-game traffic with his three pissy family members.

As they were leaving the row for the last time, one of the girls called over her shoulder, "Daddy! Our signs!" And he patiently turned to retrieve two very wrinkled pieces of notebook paper, covered with hearts and baseball stickers, and of course, HIS name in marker. Thinking of them sitting up the night before, making these "signs" that KB would never see, just broke my heart.

I suppose I can sympathize with the mom's annoyance with her dramatic daughter. But, no, I think Mom should have understood. Have we ever loved anyone as purely as a little girl loves The Man of Her Dreams?

Trust me. I know. 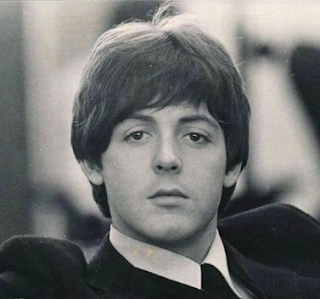 My nephew and I spent a wonderful Sunday within The Friendly Confines of Wrigley Field. The weather was fine. Sunny and 85º (and it's always "cooler near the Lake," as we Chicagoans know so well). The company was, as always, fabulous. My nephew is not only a knowledgeable Cub fan, he's a genuinely good guy and an interesting young man. 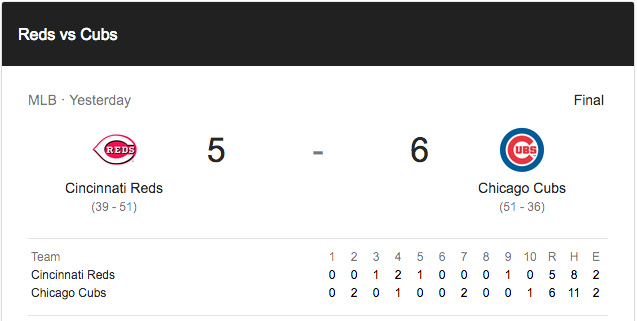 The Cubs have had trouble with Reds all season -- "I fucking hate the Reds," my nephew kept muttering -- but I'm happy to report that the right team prevailed. It wasn't a pretty game, but it was a thrilling one. It was lovely to stand there, singing "Go, Cubs, Go" after the 10th. And extra innings meant more time with my nephew, which was important to me as he prepares to go off to college in little more than a month.

I am that slowly boiled frog

You know the premise. Put a frog in a pot of boiling water and he will immediately jump out to safety, put him in a pot of cool water but slowly turn up the heat and he will lazily allow himself to be boiled to death. He just won't notice the incremental change.

That's so me, and that's how my home became such a mess. Little by little. I was just oblivious to my incrementally increasing sloppiness.

For example, my bathmat. It is, literally, no big deal. Retails for $9.99 at Bed Bath and Beyond. A piece of PVC rubber with suction cups. 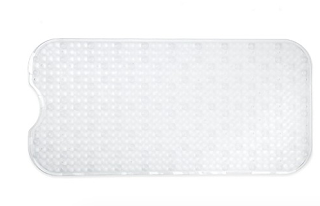 Oh, yeah. And it was once clear. I didn't realize how hideously discolored mine had become until I spotted them on a display while I was buying a new shower curtain liner.

Mine was clean, mind you. I regularly tossed it in the washing machine. But it had gradually become a dingy yellow, and I never noticed.

The perfect metaphor for my entire home.