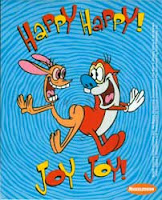 The Stadium Club at Wrigley Field. One of the coworkers who went to the game with me knows people who are actually members of the exclusive Stadium Club, the upscale sports bar within Wrigley Field, and she got us in! After the ninth I had a drink and rehashed the game and enjo

yed the atmosphere. Her friends, while older and wealthier than we are, are season ticket holders and true fans, so it was great to go indulge my inner Cubbie blue fan girl with others of my ilk. Margo actually carries a signed photo of herself with Ryan Theriot in the same album that features pictures of her grandchildren! Great folks and a good time.
Posted by The Gal Herself at 8/19/2010 08:12:00 PM 1 comment: 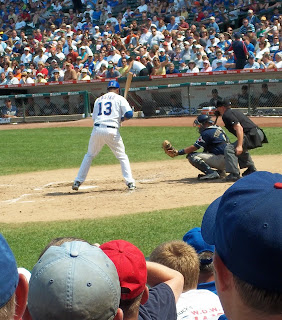 Cubs lost 5-3, but it was an entertaining game. We were ahead at one point, and in the ninth we closed the gap. Our seats were so good that I was able to take this photo of Starlin Castro without even getting up.

But I was a little blue throughout. When the game was over, I didn't want to get up and leave because when this season ends, I feel like I will be losing something dear. Derrick Lee is gone. Lou has announced his retirement. Both Ted Lilly and Ryan Theriot are gone.

This happens every 5 years or so. Management loads up the truck and hauls away players that I have come to care about. It bothers me more than the losing.
Posted by The Gal Herself at 8/19/2010 07:48:00 PM 1 comment: