And on the subject of money ...

… my mom is making me nuts.

Last year I gave her one of my Citi American Airlines credit cards. I told her she had $25/month to use anyway she chose. BUT I told her it had to be $25/month -- not $50 one month and none the next because I pay it off every month to avoid finance charges and I'm only budgeted $25 extra dollars every month.

I told her to charge one of her weekly lunches at Olive Garden with her friend Shirley. Or her groceries (she makes two trips a week, and $25 would cover one of them). I told her this way she would have cash available if something big comes up.

She doesn't like to use the card at Olive Garden because then they would need separate checks and that's too hard for the waitress.

She doesn't like to charge her groceries because people who do that are in serious money trouble. Um, SHE IS IN SERIOUS MONEY TROUBLE!

Lately she's simply been ignoring the $25 limit. In August it was $43.36 at Menard's (an irresistible sale on bird seed) and Thursday it was $73.39 at the vet for her cat Ethel. I found this out by checking the Citi website. She never was going to tell me.

I'd say it's not the money, except it kind of is. I'm trying to build a reserve in case my niece or nephew needs my help. My brother-in-law is still out of work, with no unemployment coming in. When you add up my Mom's Medicare Part B insurance, her snow removal, and the $25 a month on Citi, I'm giving her $215/month. I know she gave me life and yes I love her and of course I take my responsibility to her seriously, but she's not helping me here.

Do I sound awful?

So Saturday I called her and we talked about it all. I guess I feel better about it because we cleared the air. BUT ... here's the thing --

So she charged $75, so that will make it hard for me to pay it off in its entirety. So? Just send $50 less this month.

I told her -- again! -- that I pay this card off in full every month because in exchange for the miles I earn it has a very high interest rate. And that by not calling me when she went over, she put me in a pickle.

So I told her -- yes, REALLY! And I asked her, "don't you understand what I have been saying to you, over and over again?"

Not really. But not because she's vague. Because she doesn't listen and doesn't think it should matter because, after all, I have money.

She admitted she takes me for granted. She mentioned the insurance and the snow removal, and all the presents I have bought for my sister and brother-in-law for her to give them because I know money is tight for her and their birthdays (as well as my niece's and nephew's) are all between now and the end of November. She said she knows I'm the only one of her kids who helps, and that's not fair, so consequently she won't take any money from me anymore.

Damn it! That's not what I'm asking of her. I'm asking her to limit the use of that card to $25/month. I'm not saying I won't help her with vet bills, I'm saying she has to call me first. I told her this, and reminded her that I'm not being unreasonable here.

And besides, if she doesn't take money from me, what exactly is she going to do? Work? She can't walk any distance anymore. Turn to one of my sisters? My uncle? Are you laughing yet?

AND she wants to send me a check for the $50. Why? So I can turn around and give it to her again next time her cat Ethel gets sick? I didn't say that to her because it would hurt her too much, so instead I said, "I want to help you be independent and happy in your house, but I don't want it to be unfair to me. It's not about the money. It's about you spending the extra money without telling me first."

"It's about the money to me, Gal." She told me she's sorry she takes for me granted and that she loves me and doesn't tell me enough. And that's where we left it, because she wouldn't talk about it anymore. 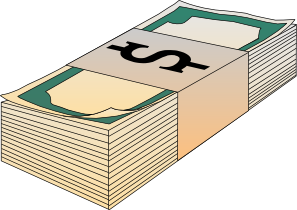 Share on movies about aging or being elderly, linking back here at The Bumbles.

Solitary Man. I just saw this movie last month. Michael Douglas was superb as a man who refuses to grow old gracefully, who deals with his health problems by ignoring them. This was before we learned of the actor's real-life health problems, which make his performance even more touching. If it's not out on DVD yet, it soon will be, and I highly recommend it.

Whatever Happened to Baby Jane? Growing older and becoming vulnerable has never been more terrifying -- or campy. By the way, Bette Davis was 54 when this scene was filmed, which leads me to believe aging is scarier for actresses than for the rest of us.