Today brought an unexpected Napoleon sighting! Caleb and the now very, very BIG kitty were on their familiar corner at Michigan and Lake. They are, unfortunately, homeless again. The "apartment" they'd been living in -- really, the attic space over a garage -- had mold and it was disruptive to wife Randi's breathing. She's had such health problems that they decided it would be better to sleep outdoors in their tent until they can find another place.

There's good news here. Caleb is still working, still driving a forklift at a grocery warehouse. Since he's been moved back to nights, he's decided to augment their income by panhandling. I didn't see Randi because she was picking up new socks and underwear at Macy's (which is just up the street). This is great because she's battled cancer, and I was afraid that her absence meant she was sick again.

I'm always surprised by how comfortable Caleb is with working the corner. His sign says he needs money for a place to stay and that's true, so he's not taking the money under false pretenses. Napoleon has been to vet recently, and the cat's health is always paramount in their lives, and, of course, that costs money.  Caleb honestly needs help and isn't ashamed to ask for it. 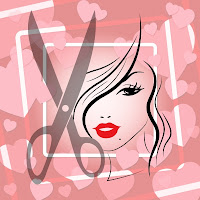 To finally redo my bathroom, back in October 2018. It was years in the making, but I think it was a good investment. And it was a Russian nesting doll of decisions -- once I decided to do it, I had to decide how to finance it, and choose a contractor, and select tile and finishes ... I didn't enjoy it, but I'm glad I did it.