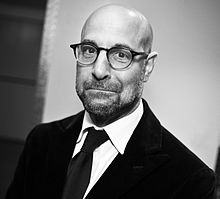 Six out of ten! 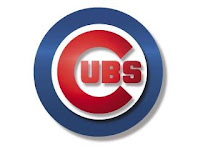 I don't mean to imply that with today's victory against the Braves that the Cubs are now on their way to World Series rings. On the other hand, the Boys in Cubbie Blue have now won 6 of their last 10, which is very respectable. And this makes me very happy! I truly believe that we have turned a corner, and that the 2012 season won't blow.

And in other Cubbie news, Mayor Rahm Emmanuel is really trying to get the City Council on board to help fund the renovation of the Friendly Confines. I don't live within the city limits, so my opinion doesn't mean (to borrow a phrase) "a hill of beans in this crazy world." Except that I love Wrigley Field easily as much as Rick loved Ilsa, so I hope that somehow this is all worked out for the betterment of the park.

I want my best friend to get over himself already! He behaved badly (we all do at times) and I busted him for it (he deserved it), and yet somehow in his mind I'm the baddie. I'm not apologizing because I haven't done anything wrong. I did send him one last email on the matter, explaining that if I don't stick up for myself and my feelings, no one will, and that's that. On this subject. Knowing him, and knowing how loathe he is to admit when he's "wr..." (see clip below), I have also given him a trio of unrelated emails to respond to, so he can keep the lines of communication open and still save face. 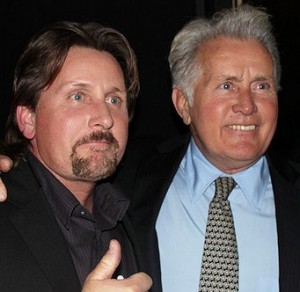 Martin Sheen and Emilio Estevez have been doing a lot of TV to promote their new book. Emilio and I are the same age, which makes Martin (literally) old enough to be my dad. And yet he is, hands down, the sexier one. Throw Charlie in, and Dad still wins. (Am I alone in suspecting Charlie has some serious hygiene issues?)