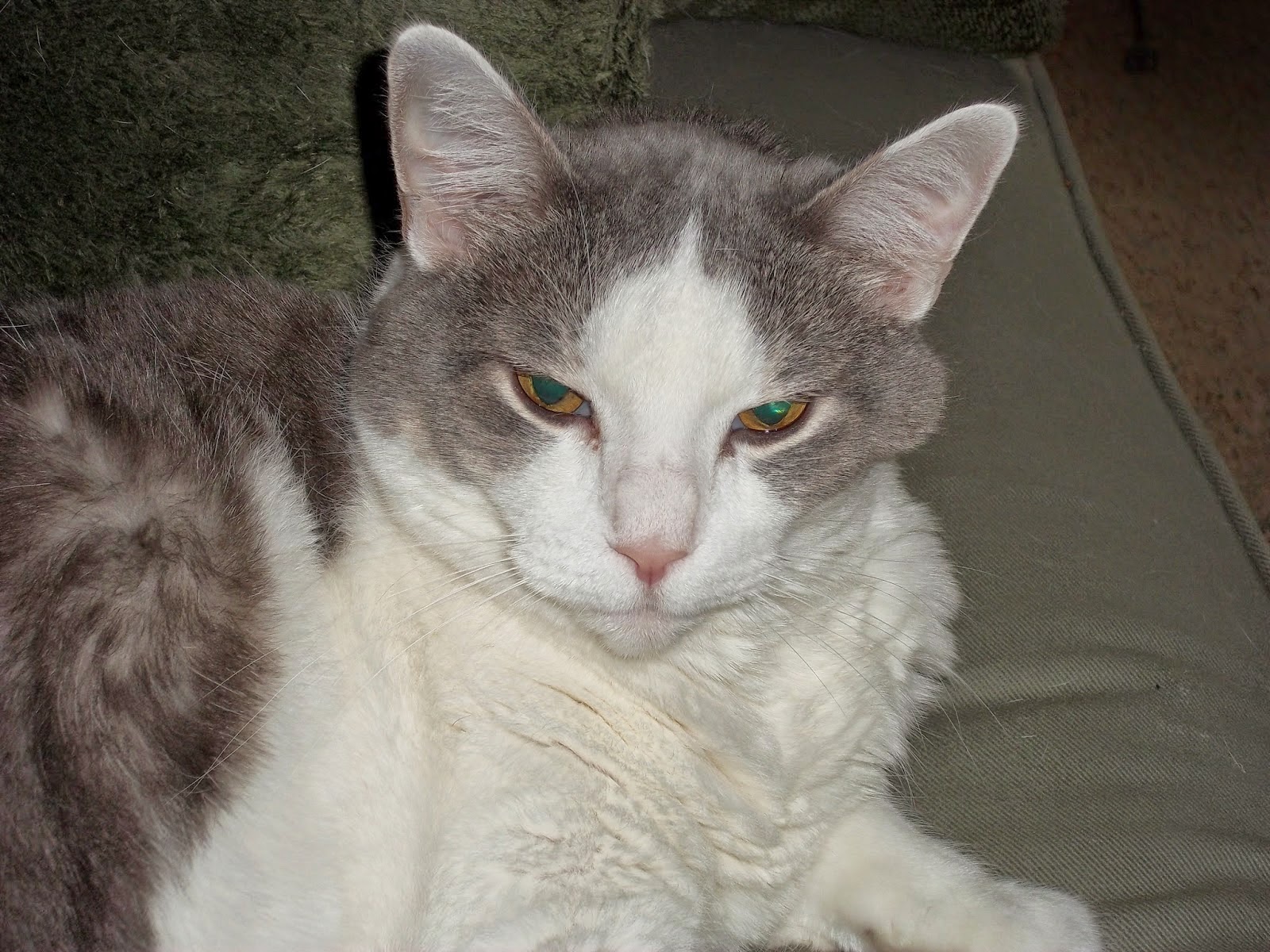 1) Joey is my very big, very old tomcat. He is the gentlest, most loving soul (human or feline) to ever grace my home.

3) In 1999, I got him from the local animal shelter, where all the best furry family members can be found. He was left in a box on the shelter doorstep with a note saying his name was "Jeffrey," and that his humans could no longer afford to keep him.

4) My friend Kathleen's son and daughter helped me choose him from a room full of cat candidates. I remember how cute they were, how seriously they took this important task. Those kids are now in college and grad school.

5) For all that his former family anonymously gave him up, it's also clear that they loved him. For this cat has no fear of people. To him, all new humans are just friends he hasn't met yet.

6) I changed his name to Joey after Joey Tribbiani, Matt LeBlanc's character on Friends. I know my Joey is not especially bright but he is loving and lovable and I'm sure that if he could talk, he'd greet all guests with, "How 'ya doin'?"

7) His favorite activities include sleeping on the floor with the sun shining on his white belly, sleeping next to me on the couch, and sleeping on my bed with his head buried between the pillows. If sleeping was an Olympic event, we would bring home the Gold every time.

8) He needs help jumping onto the bed now, which makes me sad because it reminds me that he's old and our time together is short.

9) His favorite food is Friskies Indoor with Garden Greens. 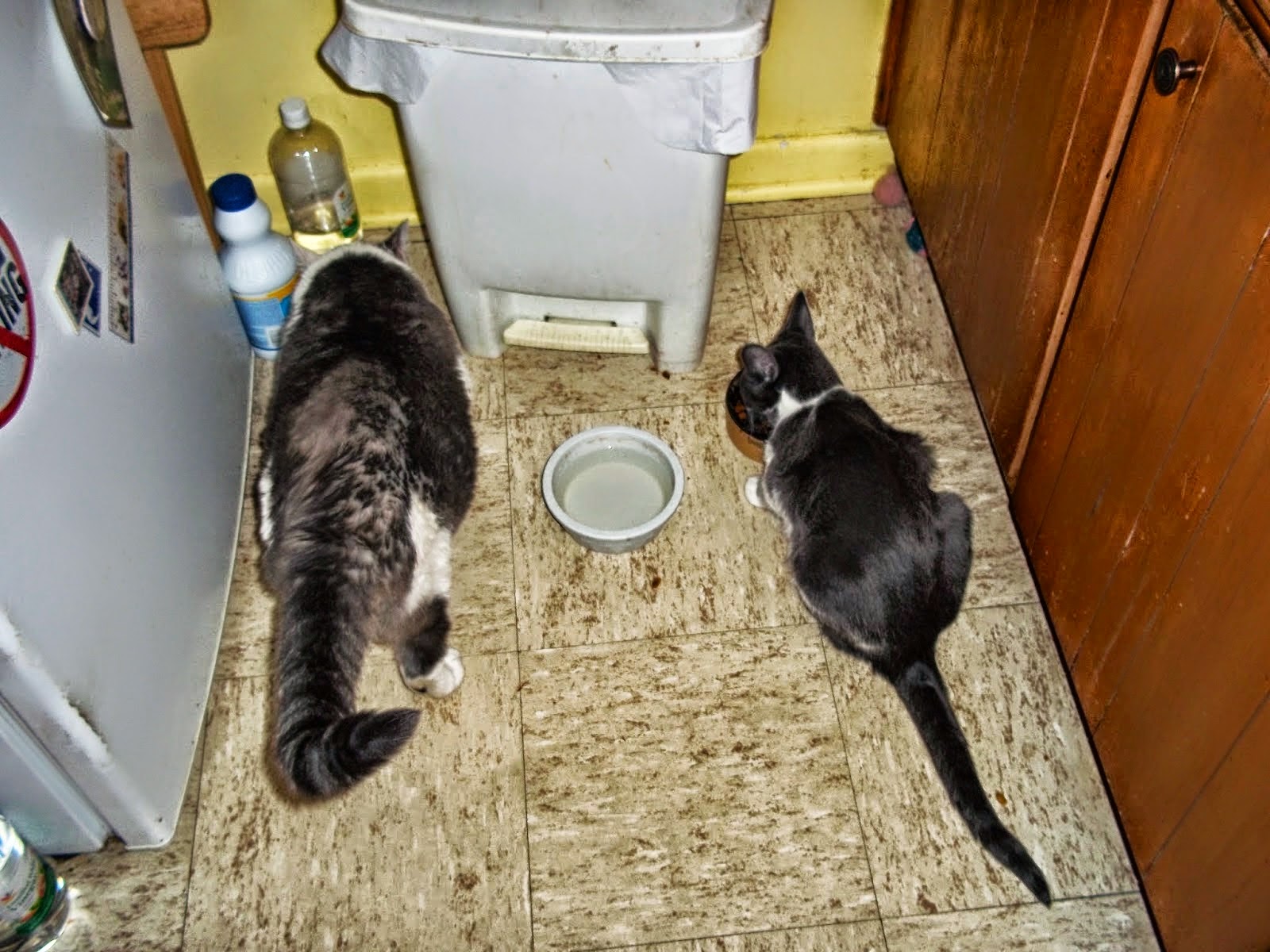 His favorite treat is Temptations, particularly Creamy Dairy, though he's not picky. To give you an idea of how not picky he is when it comes to eating, here he is beside my girlcat Connie. Now she is very small, but still, Joey is a massive old boy. (PS Whenever I see this picture I'm reminded of how much I hate my kitchen floor.)

10) He's not so big on playing anymore, but he can be convinced to join me in the occasional game of laser tag and he keeps us all safe from attack by shoelaces.

11) In his younger days, he was quite a boxer, mixing it up first with my late cat, Billy, and more recently with the Beige Bomber, Reynaldo. But he gets impatient with that sport now, and after a few swats in Rey's direction, he's done.

12) He purrs all the time because he's usually very, very happy. He doesn't meow often, but when he does it sounds like a gurgle because he's also purring.

Please join us for The NEW THURSDAY THIRTEEN. Click here to play along, and to see other interesting compilations of 13 things.
Posted by The Gal Herself at 3/11/2015 04:48:00 PM 6 comments: