Happy birthday to me, parts 4 and 5 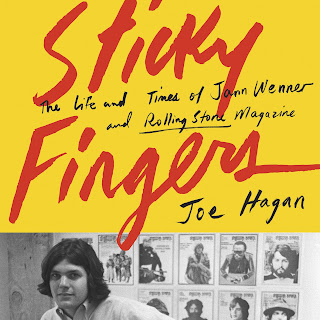 I wasn't sure my friend Mindy remembered my birthday. She did. An intriguing book that I'd never even heard of!

It's a massive tome about RS and its founder. I admit I haven't done more than flip through an issue in years, but there's no disputing how much that magazine had meant to Baby Boomers. And Jann Wenner has been friends with everyone from Bono to JBKO.

Then I got another bookish birthday present from Henry and Reg: a $100 gift certificate from a Key West bookstore. It's run by a friend of theirs who helped them through a rough time, and now they want to support her as her store struggles. Ironically, I'm giving Reg a $15 gift certificate for the very same store for his birthday next month.

David Cassidy died when I was in Las Vegas. There is no overestimating what he meant to my girlfriends and me when I was in junior high. We all watched The Partridge Family. We read about him exhaustively in the pages of 16 and Tiger Beat. We all got upset when grownups said Shirley Jones, his mom on the show, was his mom in real life. PUH-LEEZE! David's parents' divorce when he was very young was one of those secret heartaches that we believed infused his music.

Bobby Sherman of Here Come the Brides was my personal fave rave, and he was always sunny. I appreciated that Donny Osmond was a better all-around performer -- able to sing and dance with his brothers. But David was the romantically tragic one. The Heathcliff of Bubblegum.

In retrospect, I think he probably would have been a good serious actor. I think that earnestness and intensity is what we little girls were responding to, and he probably could have parlayed that into an acting career if he'd had better guidance. (Think I'm kidding? Don't forget Johnny Depp began on 21 Jump Street and Leonardo di Caprio was on Growing Pains.)

I know Cassidy had a difficult transition from teen dream to adult performer. I know he suffered financial setbacks and more than his fair share of health problems. I'd read that he was awaiting a liver transplant when he died.

I hope he is at peace now. He brought a lot of us a lot of happiness once and he remains a bit player in the soundtrack of some of our lives. That should count for something. And so I post this in honor of the beautiful and achingly sincere boy I was once a little in love with.


1. How has your life most benefitted from the Internet? Whether it’s meeting people, cutting business overhead, finding rare collectibles, or simply sharing funny cat pictures, share how the web has made life easier. Convenience! I never have to flip through the phone book anymore, searching for a number. I never have to dig out my thesaurus when I need a synonym. I never have to dial the phone and actually talk to someone when an email will do.

3. There’s never enough time, is there? What would you do with an extra three hours today? Depends on the day. But I think a blanket answer would be read. I'm so jealous of the way Kwizgiver plows through volume after volume.

4. The getaway car is waiting outside – where is it taking you? North to the border.

5. Who was your "arch enemy" in high school? Do you have any enemies today? Janice. She was a mean girl. I was less her enemy and more her "prey." Now I suppose my enemy is a woman named Michele. I am always afraid I'll be on the other side of the desk, asking her for a job. 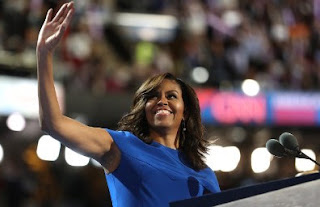 6. You’re giving the keynote address to the graduating seniors of a high school today. What’s your advice to them? I'd quote Michelle Obama, "When they go low, we go high." Our world is so polarized. So "us" vs. "them." Don't get in the mud. Don't be hateful. Don't become yourself what you despise in others.

7. Thinking of words of wisdom: What's the worst advice you've ever received? A coworker once warned me of management, "Don't listen to what they say, watch what they do."

8. Tell us about the best summer vacation you EVER had. My best vacations haven't been in summertime. I've dearly loved my solo spring getaways, to places like Colonial Williamsburg and Hot Springs and Chateau Elan in Atlanta.

9. What do you have to have with you when you travel? Why? I try to eat a nice breakfast every day. I love eggs, pancakes, bacon and other typical breakfast foods, but I hate all the dishes. So nice to spoil myself by letting someone else do it.

10. Would you accept $1,000,000 tax free, if it meant you had to leave the country and never come back? Hmmmm .... Do I get to choose where I go? If I could go to Canada or England, I might give it a shot. It would be nice to not worry about money anymore.

11. Do you believe the world will be a better, or worse, place 100 years from now? I hope it will be better.

12. Do you expect to buy a new winter coat this year? No.

13. If you could spend one year in perfect happiness but afterward would remember nothing of the experience, would you do so? Yes.