Thinking of my mom these days

It was a year ago that her final illness began. Often, when I think back on her last battle for life, I wish different decisions were made. I think that my mother's insistence on coming home, on leaving the wonderful hospital she was admitted to in Madison and taking the long drive back to Chicagoland, was unwise and weakened her. I wonder if she wouldn't still be with us if sh hadn't made that fateful decision. 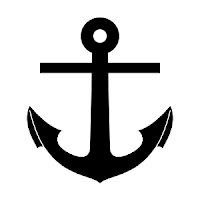 Right now, at this very moment, I think it's all for the best because my oldest nephew is on The Nimitz. That aircraft carrier is the first of the US fleet in the Red Sea in preparation for battle with Syria.


My mother always said she didn't have favorites among her grandchildren, but she did and it was him. They had a very special relationship. The worry over him would weigh so very heavily on her. I'm glad that she isn't here to see it, and that from Heaven she has the perspective to and wisdom to handle it better.