My friend in the Keys is now a published author! His novel of historic fiction is going to press tomorrow. It's a micro run (250 copies) with a vanity house, but so what? He won a grant from a local arts council and that's how he's paying for it. The fact that the arts council believes in him enough to cut him a check for a couple thousand proves that his manuscript has merit.

He is justifiably proud of himself. I am enormously pleased for him. He loves Key West so much, but has suffered quite a few career setbacks in nearly 20 years down there. He is a good person with an enormous heart, and I am thrilled that he has something to celebrate.

Adrian Petersen is 6'2 and weighs 215 lbs. On two separate occasions, this man has been accused of child abuse in "disciplining" his sons (two different children, with different mothers, both aged 4). He "whooped" both of these children while in the car with them. The more recent instance included a switch. Which, of course, means that he takes a stick with him when he travels with his preschooler, just in case he needs to "whoop" him.

Mr. Petersen plays for the Minnesota Vikings. At least he did. Right now he's suspended while these allegations are investigated. It's rumored that the Vikings don't want him back.

That doesn't shock me. Who isn't repulsed at the idea of a 200+ lb. man hitting a child until he leaves marks?

Apparently lots of people aren't repulsed. That's what shocks me.

"We were spanked we needed it. And I spanked my kids....and if the grandkids need it...I spank them too."

I wonder if you are "fine" after being hit regularly as a child. I certainly do not believe anyone ever needs to feel a slap. 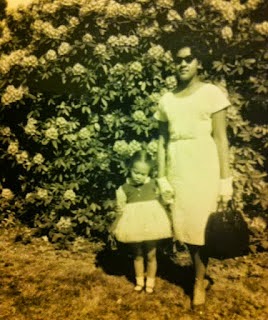 There are things about my upbringing that I question in retrospect, but here is one thing my mother got completely, unutterably right -- no spankings, ever. She believed that it teaches that "might makes right." She said kids learn that it's acceptable to handle a situation with a physical response.

Domestic violence -- whether man on woman or adult on child -- is a real problem in this country. And I worry that it will continue as long as people cling to the outmoded and very sad notion that just because someone is smaller than you are, you have some God given right to strike them.

And here I am, in need of a new watch

... and some gray (or maybe navy) slacks. Just in time for the Goodwill Sale! Which is good, because I can't afford to pay full price just now.

I love the Goodwill Sale. For every piece of gently used clothing or linen you bring to Carson's (or BonTon or Bergner's, depending on where you live), you get a coupon for up to 25% something new. So you're cleaning out your closet, you're saving on something new, and you're helping someone in your community get a job.

I'll be going this weekend. I have at least two blouses earmarked for this. Yea!