This is Paul McCartney's birthday month, and I'm celebrating by devoting each of my June TT's to his life and his career.

This final week, is all about the music. His music. You won't see "Yesterday" or "Hey, Jude" here because, even though they are undoubtedly his ultimate fan favorites, for me they have been so overplayed.

I'm no music expert, just a fan who's heard his voice almost about every day of my life since February 1964, and here are my favorites, the ones that are the most relevant to my own life. (It must be wonderful to be him -- knowing your work has brought so much joy to so many.)


13) MAYBE I'M AMAZED. This one is slipping into that overdone category, but I still love it for the its diffidence. Falling in love is scary. "Maybe I'm amazed at the way I really need you." (McCartney)

12) FINE LINE. My favorite of his more recent work. "There's a fine line between recklessness and courage ... There's a long way between chaos and creation ... " He's both facing forward and looking back, sharing what he's learned about life and your life's work. (Chaos and Creation in the Backyard)

11) LADY MADONNA. Love the sax solo. Love the honky-tonk piano. Love the message about how hard it can be to be a woman. (Very progressive for 1968!) Most of all, it was thrilling because Paul actually sings the word, "breast." Give me a break. I was just 10. (Hey, Jude)

10) NO MORE LONELY NIGHTS. From the soundtrack of a truly execrable movie. (Sorry, my liege. I love you and all, but I want those 90 minutes of my life back.) Still, taken on its own, it's both majestic and dear, capturing how I feel when I'm in love. "I can't wait another day until I call you ..." (Give My Regards to Broad Street)

9) GOOD DAY, SUNSHINE. It makes me happy. It also makes me want to make out with a cute guy on a picnic blanket. Oh, I'm sorry, was that TMI? (Revolver)

8) SILLY LOVE SONGS. "Here I go a-gain!" The most melodic "fuck you" to critics ever. Really, listen to the lyrics and you'll hear they're more than a little defensive about how lightweight his solo career was in comparison to John's more socially relevant work. But he got the last laugh because it sold like a gazillion copies. The middle riff with the Tower of Power horn section always makes me happy. (At the Speed of Sound)

7) BACK IN THE USSR. I love the sound of it, from the jet landing to the final fade. "The Ukraine girls really knock me out ... Moscow girls make me scream and shout ... Let me hear your balalaikas ringing out, come and keep your comrade warm." Those lyrics are surprisingly witty when you compare them to the Beach Boys' "California Girls." (The White Album)

6) FOR NO ONE. "The day breaks, your mind aches ..." Break ups suck. This song has a weary tone, capturing how the hurt beats on your heart with the relentlessness of a metronome. (Revolver)

5) PENNY LANE. A perfect slice of life lived under "blue suburban skies." I got such a kick out of Michael Buble's homage to the horn solo in his "Haven't Met You Yet." (Magical Mystery Tour)

4) MY BRAVE FACE. I love the juxtaposition of the joyous melody with the sad lyrics about how much courage it takes to just get on with it when your heart is broken. "Simplest things set me off again and take me to that place where I can't find my brave face ..." (Flowers in the Dirt)

3) TWO OF US. "You and I have memories longer than the road that stretches on ahead." Immortalized as one of the last times he performed live with John, it's hard not to think how true lyrics are about his boyhood friend and songwriting partner, who'd be murdered little more than ten years later. Later they packed an emotional punch as The Lovely Linda battled cancer. Today, I think of it in regards to me and my mom, or me and my own friend John, both of whom have had health problems. It reminds me to appreciate time as time runs short. (Let It Be)

2) I WILL. "Who knows how long I've loved you? I know I love you still. Shall I wait a lonely lifetime? If you want me to, I will." The perfect love song to the lover you haven't met yet. (The White Album)

1) ALL MY LOVING. For me, this is the one that started it all. While this clip isn't from the Lads' 1964 debut appearance on The Ed Sullivan Show, it's that vintage. When I first saw his face as he sang, "Close your eyes and I'll kiss you/tomorrow I'll miss you/remember I'll always be true ..." I said to my mom, "He's so pretty it hurts." It was romance as even a little girl could envision it. My idea of Prince Charming come to life. Yes, it's corny. But it's tattooed on my soul. (Meet the Beatles)


Damn! It was hard to limit myself to just thirteen!

Yes, I swiped this meme from Kwizgiver!
I am... he as you are he as you are me and we are all together. In other words, I am a Beatle fan. Goo-goo-g'joob. 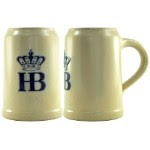 I want... the holiday weekend to get here already!

I have... a real Hofbrauhaus Haus mug filled with quarters I can use in the laundry room.

I wish... my oldest friend would get her life together.

I hate... space hogs who take up the bench in the locker room for their water bottles, iPods, etc.

I hear... the hum of the air conditioner

I search... on Google every day (Kwizgiver's answer; it's good)

I wonder... if ever I'll get another raise

I never... intentionally hurt a cat.

I ache... when I think of homeless pets.

I usually... spend too long in the tub each morning. 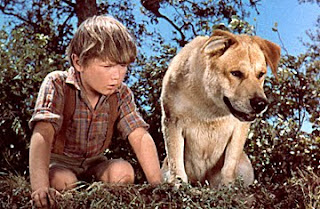 I sing... even worse

I sometimes... get lost in my fantasies

I am not always... in control, which bugs the crap out of me

I lose... pens all the time

I am confused... by why the Cubs' Ryan Dempster doesn't have a better record this season

I should... back away from the keyboard and exercise 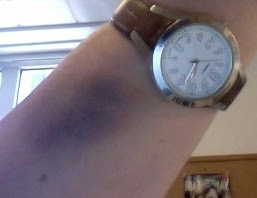 I want to remember how I got this big, ugly bruise. It really is rather massive, yet it causes me little discomfort. (I know because I poke at it.) Still, how could I hit something this hard and not notice it? And how did the photo get flipped?

Not what I expected, but that's OK 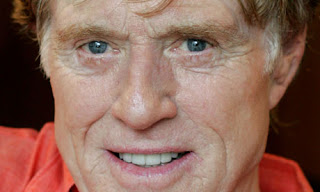 I have always loved Robert Redford. Partly because in the 1970s, when I came of age, he was so perfect and so prevalent. More enduringly because his career has stood for something. His serious films are genuinely thought-provoking and his even his light "popcorn movies" come with a message. Not all of his movies have been successful, but they have all been quality. His choices are interesting, including his decision to keep his private life private.

So I was eager to read the first in-depth biography of his life. And it's not what you'd think.

He's auto didactic and passionate about the world around him in a big, big way. He lear 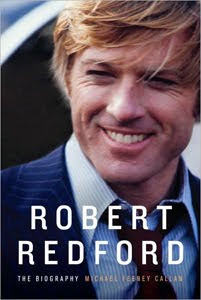 ns it and he wants to share it. That's where his heart is. It can be about conservation, producing, acting or directing. Horses or motorcycles or cars. He was like that as a child with sports and travel and remains like that today.

He's also more complicated and more stubborn than I ever would have suspected. His first marriage to wife Lola, a union that lasted 26 years and was held up as an ideal, really began unraveling much earlier than the public suspected. Yet it wasn't because of infidelity or the temptations that accompanied his superstar status -- at least not the conventional ones we see on TMZ, like drugs and parties.

It was opportunity and adventure that took him away from home. And during those absences, his wife -- a teenager when they met -- grew up and away from him. She went from being a supportive satellite/anchor to the sophisticated woman who dealt with family issues on her own when he was away. She also became an environmentalist in her own right. He had a difficult time adapting to this -- a loner to the core and, as he admits, unable to resist rebellion and competition, even with the wife he loved and needed. They separated, they recommitted, they tried therapy. She finally chose to continue her education on the east coast, as far away from Utah and Hollywood as she could get. She was sending a message not lost on him. And it was sad.

There's a treasure trove of tales about his professional and personal relationships with Sydney Pollack, Paul Newman, William Goldman and Alan J. Pakula. They were all honest about his strengths (intelligence, nuance) and weaknesses (self-centered much?). He was also refreshingly honest about how bad he is with money. No, don't worry -- no one needs to have a car wash to support the Sundance Kid. But his business endeavors were all ambitious and mostly unsuccessful.