Sometimes they haunt me

Sunday afternoon I saw a homeless man in front of my local movie theater. His right arm was mangled, or misshaped, or something. I couldn't see it clearly because he worked so hard to tuck it off to the side. I think he was afraid it was offensive to the passers-by he was soliciting. 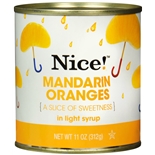 I had, ironically, just left a bag of canned goods in the local food pantry's drop box and was regretting the little can of mandarin oranges. It had a pop-top, it's content doesn't require heating, and I could have just given it to this gentleman. There was such a sad dignity to him. After I ran my errands I slipped a dollar and some change into my jeans pocket and went looking for him, but he was gone.

Then this morning, on a very busy corner downtown, I saw a husky man in a pink tutu, holding a sign that said, "This is the most humiliating thing I have ever done. But I'm hungry as fuck." I know why he was trying to stand out. It's a competitive corner. On the other side of the street was a man in a wheelchair, holding a sign that says he's a starving disabled veteran.

I went out at lunchtime to buy flowers and saw him again. Here I am, with money to buy flowers, and he's reduced to wearing a pink tutu on a cloudy day. I dropped some silver into his Big Gulp cup.

And then there are those who burrow into my imagination and take up housekeeping. I'm grateful to them. They remind me I'm human.