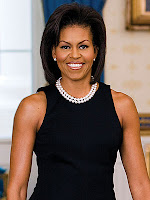 Change is the law of life

So said JFK. The man knew what he was talking about.

When I went to my new doctor's office last Wednesday, I found myself riding through a neighborhood I haven't seen in years, since my mother died in autumn 2012. I used to spend a lot of time waiting there, as I made the connection between the bus and train, en route for a Sunday afternoon visit. I can recall specific books I was reading as I sat outside, weather permitting, on the steps beside the open-air train shelter.

When the weather didn't permit -- and in Chicagoland, that was really more often than not -- I killed time and avoided the cold or wet or wind at either Arby's or Burger King. There was also a very nice 24/7 coffee shop with an extensive menu of surprisingly good food that's still there, but if I could afford that I could afford a cab instead of public transportation. So usually it was Arby's or Burger King.

They're both gone! Not closed. Gone. 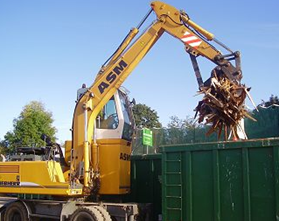 Arby's was completely renovated and is now a pancake house. I'm curious as to how it looks inside, as I think it's a little small for a sit-down restaurant.

Burger King is now rubble. There was an early morning fire in 2013 and extensive damage was done
to the roof. Apparently the fast-food chain decided it wasn't worth repairing it to reopen and the building has come down.

My little world of heading over to my mother's every other Sunday to chat with her and play Scrabble with my little nephew is gone. My mother's dead. My nephew is in high school, with a neck beard and a girlfriend and a full plate of adolescent problems. The quick serve restaurants where I hung out, used the restroom and waited for the train have disappeared.

It's the slow, unrelenting constancy of change that fills me with wonder and melancholy tonight. 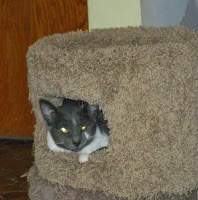 Connie went to the vet today. She needed her annual rabies vaccination and a blood test. I've been worried about her and Reynaldo. My beloved old Joey had an immune deficiency virus at the time of his death and while it's unlikely that he passed it along to Connie and Rey, I want to be sure.

As I was settling our bill at the front desk, one of the vet techs -- the one who actually drew Connie's blood -- came over to tell me what a sweet and special little girl she is. Finding a usable vein was a little harder and took a little longer than was customary, but during the process Connie maintained eye contact with the tech and kept on purring. "I thought, 'this is one I want to take home!'" the tech enthused about my gentle and trusting girl.

Hopefully I'll get good news about her blood work on Monday.


1) The first line is of this song is, "My life is brilliant." Using one word, describe your life.
Improving

2)  This is about a chance encounter between strangers in a crowd, specifically the subway. What "crowded place" were you most recently in? The train Thursday morning was crazy crowded. The gentleman sitting next to me was a smoker and his leather jacket retained the stench. It wasn't at all like encountering an angel, as described in the song.

3) Near the very end of this song, James Blunt sings, "It's time to face the truth." Do you believe you face things head on? Or do you tend to deny or put off the unpleasant? I don't like hurting anyone's feelings, so I suppose I put things off longer than I should.

4) James Blunt went to an all-boys school. Some educators recommend single-sex classrooms because they maintain girls just naturally approach subjects like math and science differently than boys do. Do you agree? I don't really have an opinion on this and have heard compelling arguments on both sides.

5) Blunt put his father in charge of his finances. Income taxes are top of mind for many of us this time of year. Do you do your own taxes? Or do you go to an accountant or tax preparation service? I use an accountant, and consider it money well spent. My oldest friend does her own taxes, and is always finding out she owes more than she thought she would. I pay to make sure I have no surprises.

6)  In 2005, the year this song was a hit, the sitcom How I Met Your Mother was also popular.  Do you know how your parents met? My dad was a mechanic, working on this lady's car. The lady thought he was such a nice young man. That lady, my mother's mother, played matchmaker and wrangled my mother an invitation to a party at the mechanic's house. 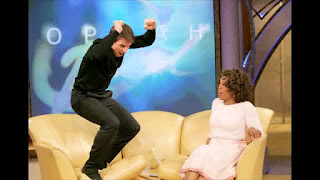 7) 2005 is also the year Tom Cruise famously jumped on a sofa. Do you remember where he did this? Oprah. I saw it live. I happened to be home from work that day because I had a doctor's appointment. I recall thinking Oprah was just as weird as he was. "He's gone," she kept saying, "The boy is gone." The whole incident was very strange. People just don't naturally behave the way either of them did.

8) 2005 was also the year YouTube really took off. What's the last video you watched? The video for this week's song.

9) Random question ... Which of these high profile jobs would you enjoy more: head of General Motors, CEO of Apple or president of the New York Yankees? My first response is that they all sound like too much stress and I'm not interested in any of them. But then I remembered how nice ballplayers look in their tight pants, so I'll choose president of the Yankees. 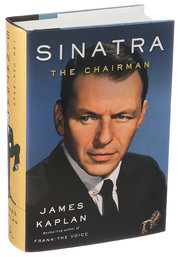 I miss Frank Sinatra. I finished The Chairman last night, the final volume of James Kaplan's massive biography of Francis Albert and I was riveted. Now that it's over, I'm exhausted. And absolutely everyone else on the planet seems dull in comparison.

He was a peerless artist, a tender lover, a loyal friend, a compulsive womanizer, a cruel bully, a superficial social climber, a beloved father, a quick intellect, and a Mafia groupie ... sometimes all on the same page!

I hate the way it ended. Not the book, Frank's life. This lion among men, this great romancer, the original jet setter who would fly to London for dinner, had his last meal -- half a grilled cheese sandwich -- from a wheelchair. He was senile and impotent. Heartbreaking.

Therefore I've decided to simply not grow old. No, thank you.