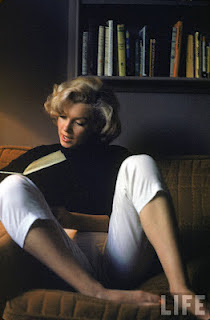 WWW is back! To participate, and to see how others responded, click here.

1. What are you currently reading? Talk Show by Dick Cavett. This collection of essays covers the waterfront -- politics, show business, pop culture and grammar. Reading it is like having Cavett's voice in your head. Since he's so bright and so funny, that's a good thing. There are times when he's a bit too smug, a little too in love with himself, but I forgive it because I've always kinda had a crush on him.

2. What did you just finish reading? The Chocolate Cat Caper by JoAnna Carl. A massively silly book. A newly divorced big city girl returns to the sleepy little Michigan resort town where she spent her girlhood summers, and people start dying. The only thing that would have made the murderer easier to spot would be wearing a cap that said, "VILLAIN." And if you can't tell into whose arms the heroine will fall, you've never read a mystery or watched a Lifetime movie.

And they all lived happily ever after

•  His daughter, then 24, had just finished chemotherapy and was happy, though exhausted, because she was told her leukemia was in remission. Instead of cause for celebration, this made her father very sad because his determined, newly wed daughter was now insisting on a bone marrow transplant.

•  She'd been warned that that the transplant would likely, shorten her life. But she insisted because she wanted a baby. A new bride in 2011, she'd had her eggs harvested before her last round of chemo. Now the bone marrow transplant would be necessary if she wanted to conceive and carry her baby to term.

•  It took a long time for her to find a suitable donor. Ed found himself praying that she never did find one. He wants his daughter to lead a long life, but she exasperates him with her willingness to trade years for a baby with her husband.

•  After the marrow transplant, the IVF travails began. Again, Ed found himself hoping it didn't work. It's not uncommon for pregnancy to bring the leukemia out of remission.

•  Finally, this year, his daughter found out she was pregnant. As soon as she told him she was carrying a boy, Ed was torn. As much as he wants his daughter to be healthy and robust for as long as possible, he felt a bond with his unborn grandson. He remembered his daughter's warm relationship with his own father, and he wanted to experience that. He longed to extend that family legacy. He wanted to hold his grandchild. 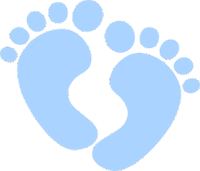 •  This week, Baby Henry was born. His daughter, while not completely out of the woods, is very healthy right now.

I know there are religions that dictate that babies be "begotten, not made." But I think God must have wanted Henry to join us very badly.

And as I post this, an old chestnut keeps running through my head: "... nothing but blue skies from now on ..." Ed and his wife deserve a winter of nothing but baby blue skies!