1) This song is a duet by the father/daughter team, Miley and Billy Ray Cyrus. Is your family musically inclined? Not remotely! I don't play an instrument, and neither did my parents nor either of my sisters.

2) This song is about life lessons. Who has been a major influence on your life? Cousin Rose. Our relationship is different now than it was when I was 16 and she was 25, and her influence has naturally waned. But when I was a girl and a young teen, she was a wonderful role model and my biggest supporter.

3) Miley's given name is "Destiny." Her nickname as a baby was "Smiley," which is where Miley came from. What's something that can always be depended upon to make you smile? Not a "what" but a "who." My favorite most Cub, Anthony Rizzo. On and off the field, his work ethic and joie de vivre delight me. Not only did he recently get his 500th homerun, last month, he raised $1.8 million with his annual Cook Off for Cancer. He played host and emcee, while his teammates either acted as grillmasters or waiters. All the proceeds go to the battle against pediatric cancer. Oh yeah, and he made it to TMZ! The story was really no big deal, but it amuses me that Rizz haunting McDonald's in the pre-dawn hours is a national story.


4) Miley's father, country singer Billy Ray Cyrus, has 5 children in addition to Miley (6 in all). Are you the oldest, the middle or the youngest sibling? Or are you an only child? I'm a middle child. My older sister is a year ahead of me, my kid sister is 8 years behind me. When I asked my mom if we were planned, she just laughed and said "no sane person" would space her kids that way.

5) Sam's own father often traveled for business, and always remembered to bring her the little complimentary soaps, shampoos or body lotion he got from the hotel. Tell us about an inexpensive but treasured souvenir from a trip you've taken. My little pins from this year's TCM Classic Film Festival. 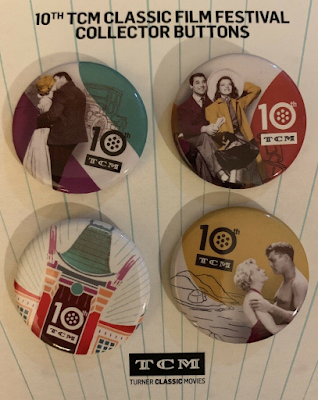 6) Back when Sam was in high school, it was her father who gave her driving lessons. Are you patient when teaching someone something new? I try to be. I don't know that I'm altogether successful.

7) Sam's father is easy to buy for: every year he wants a new pair of loafers, so every year for Father's Day she gives him a DSW gift card. Is there anyone on your gift list that you find it easy to buy for? My oldest friend. First of all, she needs everything. Plus, she has a great many passions: cats, Star Trek, The Godfather, The Beatles ...

8) For family barbecues, Sam's dad dons his "Kiss the Chef" apron and mans the Weber. What's the last thing you cooked on the grill? A salmon filet on my little George Foreman grill.

9) Sam's father satisfies his afternoon sugar craving with an almost endless stream of Butter Rum Lifesavers. When you crave a snack, do you usually reach for something sweet or salty? Depends on the day.