How do you like your eggs? Usually over easy. Sometimes scrambled. Occasionally in an omelette, if I'm in a particularly cheesy mood. Now and again, hard boiled. Oh, hell, I really like eggs.

How do you take your coffee/tea: Tea, not coffee. With sweetener.
Favorite breakfast foods: Eggs. Wheat toast or English muffin. Bacon. Though every once in a while I like pigs in a blanket.

What kind of dressing on your salad? Either 1000 Island or honey mustard.

You feel like cooking. What do you make? A grilled salmon filet and a salad.

You’re feeling lazy. What do you make? I nuke something from Stouffers.

You’re feeling really lazy. What kind of pizza do you order? I stop at the pizza place around the corner for a slice of thin crust, cheese and sausage.

Is there a food you refuse to eat? Uncooked tomatoes.
Favorite fruit & vegetable: Strawberry and corn.

Favorite junk food: Sometimes I want a Big Mac, and nothing else will do. 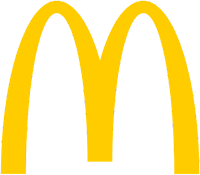 Do you have any weird food habits: I eat one food item at a time. I don't think this is weird, but it annoyed the living shit out of my icky grandmother and one of my old boyfriends.

You’re on a diet. What food(s) do you fill up on? I've never dieted. Which is not to say I shouldn't diet.

How spicy do you order Indian/Thai? Not spicy at all.

The perfect nightcap? Bailey's Irish Creme. Have you tried it in hot chocolate? I highly recommend it.

I fell asleep at 7:30 and woke up four hours later, almost in time for my next dose of inhaler. This bronchitis is a drag and I can't stand how it's dominating my life.

Anyway, I switched on TCM and there she was. First she was Fanny, now she's Katie. But she's always ineffably Barbra.

After Katie and Hubbell say their final goodbyes in front of the Plaza, I'm going back to bed. In the meantime, I'm glad she's been here for me.

Even harder to write

Last weekend, I spent the day with Kathy in Dekalb. I didn't want to go. It's an hour of travel time each way. I was exhausted by my battle with bronchitis and embarrassed by my coughing fits.

But this day in Dekalb was a gift to me from Kathy. She got us tickets to see Casablanca on the big screen at the village's historic Egyptian Theater. This is something she isn't interested in, she chose to do it for me. She also promised me breakfast. It was very important to her, and my conscience wouldn't let me cancel on her.

It's the first time I spent time with Kathy since November. We've been in touch regularly through social media and email, but not in person. I was shocked Sunday by her mental decline. Kathy's mind retains little. I'm not exaggerating. My day with her was disturbing.

Example: the movie started at 2:00. She knew this. She bought the tickets in advance and was so excited about it, she texted me a photo of them. Yet she insisted I come on the train that arrived in Dekalb at 10:00 AM. That not only meant that this sickly gal had to get up and get going much earlier than I'd intended, it left us four hours before the movie. Turns out she forgot and thought the movie started at noon. She kept asking me, "Now what do you want to do?" As if arriving at 10:00 was my idea.

Example: she told me she was buying me breakfast. Great! Few things make me happier than a good coffee house breakfast. So I was surprised that, when the waitress asked us if we wanted separate checks, she said, "yes." Then she grabbed my check and sniffed in disapproval. "Why would she give us separate checks?"

Example: she forgot a family birthday party. She didn't "connect" that the movie and her great granddaughter's first birthday celebration were both on January 26. After the movie, we went to the party, arriving very late but at least in time to see the cake and sing. I felt terribly out of place, especially since Kathy made it sound as though I was the reason she missed the beginning of the party. And let's not forget, I was coughing on little kids.

There's more, but I can't bear to detail it. It's too depressing.

Kathy is 72. That seems young to me to be battling dementia. I mentioned to her that she should see the doctor. She said she's due to go in April. I intend to remind her.

Her three adult grandchildren are always in and out of her home. They all have keys. The eldest -- the mother of the birthday girl -- even commented on Kathy's forgetfulness. Good naturedly and casually, but it was obvious this was a conversation they'd had before and more than once.

Since her family is there and aware, I don't want to press. Kathy is proud, and I know she would resent my intrusion.

I had dinner and drinks with John this past week to discuss this, and he agrees. He worries about her, too, and will continue to reach out, continue to recommend that she see her doctor. But beyond that, he doesn't see what we can do. He believes that, if we press, Kathy will just withdraw.

President Kennedy observed, after his father's stroke, that "old age is a shipwreck." I get it now.

I returned to the office on Tuesday after being away for a week as I battled bronchitis. I'd been in constant touch with my team every day but one, the day I went to the doctor. I dialed in to a couple meetings, I handled a few revisions, all from my dining room table. It was a nice respite from the stress and tension of being in the thick of it.

But it couldn't last forever. 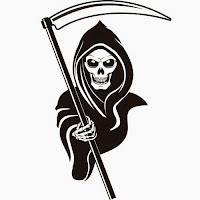 Tuesday I learned three women I work with -- all vice presidents -- were leaving at the end of the month, which was also the end of the week. Only one openly admitted she'd been let go. But I'm not stupid. I'm supposed to believe that three vice presidents, each from a different department, simultaneously decided to leave on the same day ... a day that just so happens to make life easier for accounting.

When Production VP and I got a moment alone together, she admitted that she began "negotiating" her departure with management back in October. She was told lay offs were imminent and volunteered to go herself. She'd been with the agency nearly 25 years (an almost unheard of tenure in advertising) and wasn't ready to go back into the trenches of handling day-to-day projects, which she'd have to do after her team was decimated. She chose instead to walk away, thereby saving their jobs. I admire her self awareness and the generosity of her choice. She was very teary-eyed on her last day. It was hard for her.

Then Strategy VP and I had a chat. She's the one that really hurts. She relocated a year ago October, moving to Chicago from Atlanta, uprooting her husband and twin boys for this job. A position this agency recruited her for. I was furious! She told me not to be -- that this was "mutual." The relationship wasn't a "good fit." Well, fuck that! Her team loves her. She's accessible and has tremendous integrity. She was also extremely helpful to me when she watched me going through a bad patch. She's a generous soul, a good egg. A mensch. Unfortunately, she's also her own girl and she called them as she saw them. She was too squeaky a wheel in too high profile a position.

I told her that if she didn't fit "our culture," there's something wrong with "our culture." She laughed and reiterated that this wasn't a bad thing. She told me about one of her boys, the more sensitive one. She said every time she left on a business trip, he'd say, "Mommy, why do you have to go? You don't want to go." He's 11, and she's been traveling for work his entire life. Why was he piping up now? Was it a phase he was going through? No, she said, it was a phase she was going through, and her son was picking up on it. Her professional unhappiness was affecting her personal life, and so it's time to move on.

I have an email from her personal account. I haven't opened it yet. I'm still too sad about losing her.

Four other people -- folks I don't know -- also left on Friday. There are inevitably more to come. Maybe me.

I truly don't believe it will happen, not yet, but I can't afford to be surprised. This morning, I ran the numbers. Between severance and my emergency fund, I can go about 40 weeks before touching my retirement savings. That will give me some time to regroup and look for another job.

I don't know what I want to do, but I don't want to do this anymore. When this job ends, I will be done with agency life. I've felt the blade touch my neck over and over for the past 28 years. I'm tired.