That's a popular catchphrase within the industry. I rely on it, in the abstract. When I'm trying to market a credit card aimed at people 40+, I know from the research that mail solicitations tend to be more successful than the internet. If I'm trying to sell household cleansers to the under 35 crowd, emailing coupons works. Etc., etc. The cool thing about market research is that you can find a study that slices, dices, and analyzes just about every product/media combination you can think of so you can hit people with the right offer in the right way at the right time.

One of my favorite bits of information is profiling by zip code. For some reason birds of a feather do tend to flock together, and consumer behavior can be predicted based on where we live. But why? Do

we set out to live among people who feel as we do? Or do our neighbors influence us?

It's my aunt who has me thinking of this. When I was a little girl, back in the 1960s, she was a hippie. A liberal. She listened to James Brown and had this portrait of President Kennedy hanging by her bedroom door. That was up here, in bluer-than-blue Chicagoland.

Then she moved to Florida. Now she identifies as a Southerner. Where she, like me, grew up a Cub fan, she now follows NASCAR. Though she knows better than to mention it to me or her son (my cousin), I suspect she's a Trump supporter. 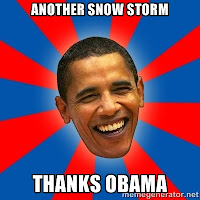 My aunt blames Obama for everything. Also, I can tell from her Facebook "likes" that she has no sympathy for the "Oscar So White" movement. Yet eavesdropping on my neighbors in a restaurant last weekend, I heard the couple at the next table were talking about how amusing Obama was on Seinfeld's Comedians in Cars Getting Coffee and wondering if nascent racism played a part in Will Smith's snub at this year's Oscars.

So did my aunt change and then move to Florida? Or did living down there change her? I'd love to ask her, but I'm afraid that would open the door to conversations about her views that I don't want to have.

So I'm left to just tap my chin, look thoughtfully at the ceiling, and wonder.

I suppose it's good to know 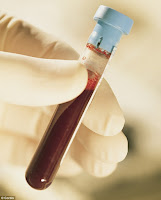 Yesterday at the vet, my cat Joey had blood drawn. I got bad news. In addition to glaucoma and arthritis and kidney disease, my old tomcat is battling some sort of virus that accounts for his continual weight loss.

He's sitting here beside me, purring. His spirit is good, but his body is simply wearing down from the inside out.

He eats like crazy. He loves to be petted. Occasionally he can be persuaded to attack a shoe lace or play laser tag. I am grateful that his life makes him happy.

But he's dying all the same.

The vet tells me we could treat the virus, but those meds combined with the meds for his kidney disease would just make him anemic, so we'd be changing one problem for another. And the kidney disease could cause him discomfort, whereas the virus is just tiring him. So it's best to just let nature take its course.

How thoughtful of Joey to contract something incurable and untreatable. This way I don't have to regret any decisions I've made regarding his care. He'll be a generous soul to the end.

And this gives me an opportunity to start dosing Connie and Reynaldo with Viralys. This supplement will enhance their immune systems so they can resist the virus. So in all, I'm glad I know what's going on.

I just hate it.