This weekend, I spent an afternoon on the Riverwalk and snapped this photo of the Chicago Remembers Vietnam Veterans Wall. 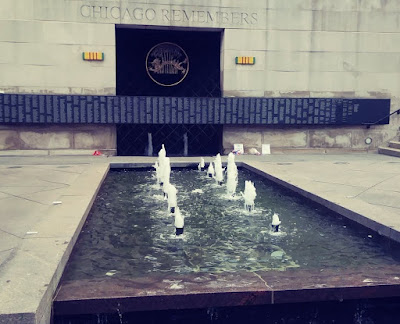 I've been haunted by it ever since. First of all, because I must have passed it about a gazillion times without every really looking at it. If Joanna and I had been here on any other sunny Saturday, I bet I would have heedlessly passed it again.

And then there are the number of names. 3,000. Think about that: 3,000 kids from Illinois alone died in Vietnam. And that doesn't include the veterans who came home only to succumb to Agent Orange or suicide. It makes me want to cry.

Here is a far more professional look at our Wall. From here on, I will look and appreciate.


Authors you never get tired of reading I love Nora Ephron's essays. And her novel, Heartburn.

A book you bought for the cover, and discovered it was better than you thought Jackie, Janet and Lee by J. Randy Taraborelli. I didn't buy it -- it was a gift from my friend Henry -- but I didn't expect much. Taraborelli can be a  hack. But I loved the cover shot of three white-gloved Bouvier women marching purposefully toward a society photographer. And actually, it was an interesting read. When one reads about JBKO (which I do obsessively), you get a lot about her relationship with the Kennedys. But she was only Jackie Kennedy from 1953 to 1968. She was a Bouvier for all her life. And learning more about her relationship with her sister and (especially) her mother was enlightening. 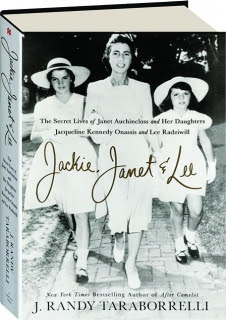 A book that made you laugh and cry, and made you depressed The Art of Racing in the Rain by Garth Stein. I loved our canine narrator, Enzo. He made me laugh and the ending made me cry. And the rather misogynistic and unnecessary subplot about a rape accusation left me depressed. The book didn't need it and would have been better without it.


A book that was a pleasant surprise Kwizgiver has some very good book posts, and she turned me on to the Spellman Saga. It's a series of six very funny detective stories about a family of private investigators. It consistently delighted me.

A book everyone loves that you don’t The DaVinci Code. Hated it. Only finished it because two of my friends raved about it and I thought it simply had to get better.

A book with a great sidekick that you like more than the hero I don't know that I like Hawk better than Spenser, but I like him a lot. You'll find Hawk and Spenser in the Robert B. Parker series, which has been ably taken over by Ace Atkins.

A book that helped you through a difficult time Dance While You Can by Shirley MacLaine. I got it as a gift for my birthday in 1991, but didn't have time to read it at the time. I happened to grab it while my dealing with my father's illness and death, not realizing how much of the book is devoted to her father. The universality of what I was feeling helped. Everyone goes through this, in one form or another. We all had parents, we all have siblings, we all have family stuff.

A book that taught you something valuable JFK: Reckless Youth, by Nigel Hamilton. Lesson: no matter what a life looks like from the outside, you have no idea how it feels on the inside.

A book or series that it took you awhile to get into I got nothing for this. If I don't like the first book I read in a series, I don't stick around.

A fictional character you’d love to have to dinner. Can I invite a couple? I'd like Jo March and her beau, Professor Bhaer. I met them in Little Women. I love them.

So I ate a lot of chicken

Last month, I learned how hard 2019 had been on Joanna. Her brother's illness ... financial setbacks ... romantic travails. She was tired, scared and broke. This was very much not like Joanna. She's a sophisticated Southern belle. She never lets 'em see her sweat. And yet here she was, 63 years old and frankly, obviously worried that she wouldn't bounce back this time.

So I've spent the last month worried about her. I didn't want to hover, but I did want her to feel like she wasn't alone. So we've Facebook'd back and forth and set up a date for this weekend. I wanted to go to the Lake -- I can peer at it from the reception area of the office, but I seldom get to see Lake Michigan up close. Joanna said she'd prefer the Chicago Riverwalk. Not as grand as a Great Lake, the Chicago River has enjoyed a renaissance and is now lively and a lot of fun, with restaurants and bars dotting the walkway and a nice view of the boats and kayaks. 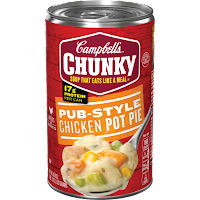 We were meeting at 2:00. Remembering last month, when she couldn't even afford an after-movie drink, I didn't know what 2:00 meant. Lunch? Riverwalk bistros can be expensive because they're aimed at tourists. So before I left, I had a big bowl of Campbell's Chicken Pot Pie soup. Creamy and thick. Positively mediocre, but it filled me up.

As soon as we met up, she said she wanted to eat. "Real food," she drawled. Meaning no pub fare like hummus or artichoke dip. We ended up at a sit down restaurant where she ordered smoked beef brisket sandwich with mashed potatoes! All the food looked delicious, but I'd just snarfed down that $1.89 can of soup. It would have been wasted on me. So I just ordered what was cheapest. And it was, of course, more chicken. A chicken/bacon wrap. It was fine. I liked the margarita better.

Mostly I was happy that her life has turned around enough for a full lunch. Last month, she had a short-term contract to do a single project.* That client has been so happy with her that it's expanded into a long-term contract, meaning income through the end of the year.

A prospective client who had rejected Joanna in March, saying she was too expensive and inflexible and he was going another way, just called her. He's changed his mind. Now she's got a contract for an additional three months work. She wants to use that money to dig herself out of debt, as she's been living on her credit cards these past three months.

I don't mean to paint this as too rosy. Her brother is still in hospice, waiting to die. And at 63, she doesn't have a cent left in her retirement savings. And that guy that she's carrying on an on again/off again long-distance relationship with? She isn't sure if right now they're on or off.

But she can pay her rent. She can put gas in her car. She can order lunch. At least through the end of the year. She was feeling positive enough to daydream about a trip to Europe, to visit an old friend in London. I don't believe that's going to happen, but it made me happy to hear her so forward focused.

*With Dana! Back when I worked with The Boss, Dana was my secretary. In the intervening 15 years, she's moved on up and has become an office manager. Her employers asked her if she knew of any marketing consultants who could help them expand, she reached out to me, and I put her in contact with Joanna. I'm a matchmaker!
Posted by The Gal Herself at 5/26/2019 12:42:00 AM 1 comment: